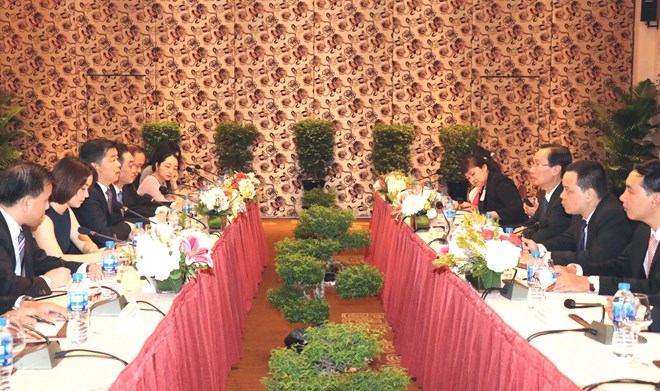 Over the years, it has regularly sent representatives to meetings reviewing Vietnam-Guangdong cooperation, he said, adding that HCM City and Guangdong have also boosted delegation exchange and trade promotion activities.

He said the Guangdong delegation’s visit shows the province’s desire to enhance relations with the southern economic hub of Vietnam.

For his part, the Chinese official said his delegation’s visit to HCM City aims to reinforce bilateral relations.

He spoke highly of the city’s development potential and pledged to encourage Guangdong businesses to study more about and invest in HCM City.

Briefing his host about the ongoing Guangdong Import and Export Fair in Hanoi, the Vice Governor hoped a similar event would be organised in HCM City.

Guangdong also wants to cooperate with HCM City in culture, people-to-people exchange and, especially, tourism, which are areas both sides hold potential and strength in, he noted.-VNA