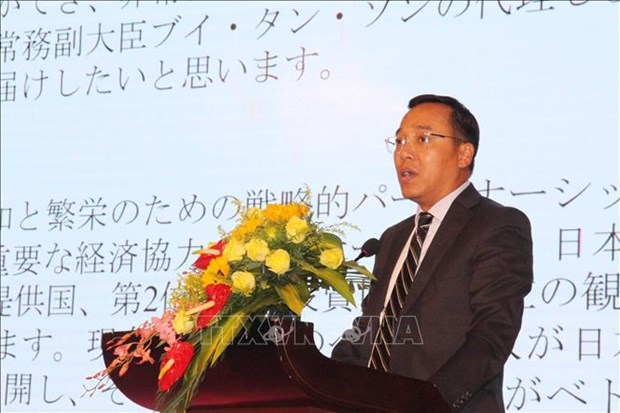 Head of the Foreign Ministry’s Consular Department Nguyen Hoang Long at the event (Photo: VNA)
The event was held with the aim of pushing up the connectivity between regional localities and representative offices of the Japanese government and representatives of the Japanese business community in Vietnam. It also served as a forum for the two sides to have an insight on the policies, measures and projects to accelerate cooperation in various field in the time to come.

Speaking at the function, head of the Foreign Ministry’s Consular Department Nguyen Hoang Long hailed Japan as a partner of top significance of Vietnam.

The region is also well-positioned to develop solar and wind power.

Participants were briefed on the region’s potentials, strengths, development orientations and incentives for business projects.

Representatives from Japanese agencies expressed their interest in expanding business operations in Vietnam, including the Central Highlands, saying that the country has become the second most attractive destination for Japanese companies.