Da Nang (VNA) – After lagging behind other provinces and cities nationwide in attracting Japanese investment, the central city of Da Nang has emerged as a popular destination for investors from the Land of the Rising Sun. 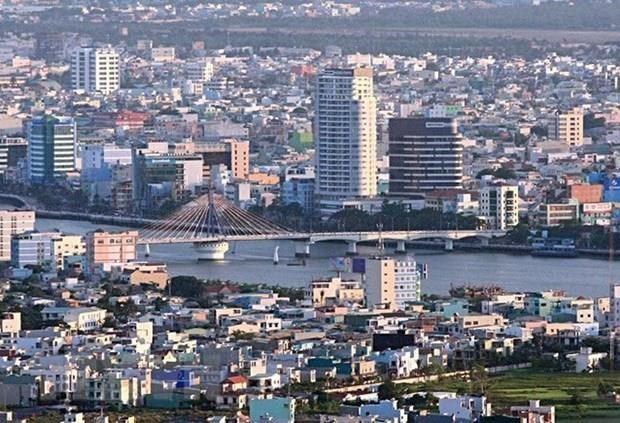 Da Nang city has emerged as a popular destination for investors from Japan (Photo: VNA)

Statistics released by the municipal Department of Planning and Investment showed that Japan investors have to date poured more than 950 million USD in 194 projects, ranking first among over 40 countries and territories investing in the city.

According to Vice Chairman of the Da Nang People’s Committee Le Trung Chinh, Japan has been a leading foreign investor in Da Nang in the number of projects. Japanese firms have greatly contributed to the city’s economic development, creating jobs for about 30,000 workers in Da Nang and neighbouring localities.

The city has huge demand for high quality accommodation and tourism services, he added.

Japan’s Mikazuki Group recently announced its investment worth 50 million USD to build a night market and pedestrian zone next to the Mikazuki Spa & Hotel project that is underway near Xuan Thieu beach.

Besides, the Sun Frontier Da Nang One Member Limited Company, a wholly Japanese-invested firm, began the construction of its 29-storey building in the central city.

Earlier, a luxury apartment project of the company was inaugurated in the city’s Son Tra district, which was built at a cost of more than 27 million USD.

In late 2016, one of Japan’s leading hotel groups Route Inn channelled about 58 million USD into a hotel project in Da Nang.

Japanese-funded projects in other sectors of the city include those of Viet Hoa Electronics Co. Ltd. with a budget of 119 million USD; and of Mabuchi Motor Vietnam and Daiwa Vietnam with registered capital worth 89 million USD and 45 million USD, respectively.

Notably, there are total 162 industrial projects out of more than 700 foreign direct investment projects, accounting for over 47 percent of the FDI capital in the city.

Da Nang should foster twin-city relations with Japanese localities and business associations to better call for more investment. The city can consider sending workers for training in Japan before returning home.

In addition, the city’s overloaded infrastructure and the fledgling supporting industry have made it difficult to attract investment in high technology.

Da Nang is currently home to six industrial parks and the city plans to set up three others, namely Hoa Cam (second stage), Hoa Nhon and Hoa Ninh, in the coming time.

Between January and June this year, the city drew more than 542 million USD worth of foreign investment.

Da Nang successfully organised a spring conference with investors, during which investment registration certificates were granted to eight projects worth over 492 million USD. Meanwhile, the local authorities allowed research for 11 potential projects worth nearly 3.5 billion USD.

The city topped the country in public administrative reform index from 2012 to 2016, and came fourth in 2017, while maintaining its top position in ICT development index in 10 consecutive years.

Japan was placed third among 65 countries and territories investing in new projects in Vietnam during the first seven months of 2019, data of the General Statistics Office show.

In the period, new Japanese-invested projects worth 1.12 billion USD was licensed, accounting for 13.6 percent of the total newly registered foreign investment.

The GSO said from the year’s beginning to July 20, about 20.2 billion USD of FDI poured into Vietnam, down 13.4 percent year on year.

Of this sum, 8.27 billion USD was channelled into 2,064 new projects, down 37.4 percent in the capital but up 24.6 percent in the project number compared to the same period last year.-VNA