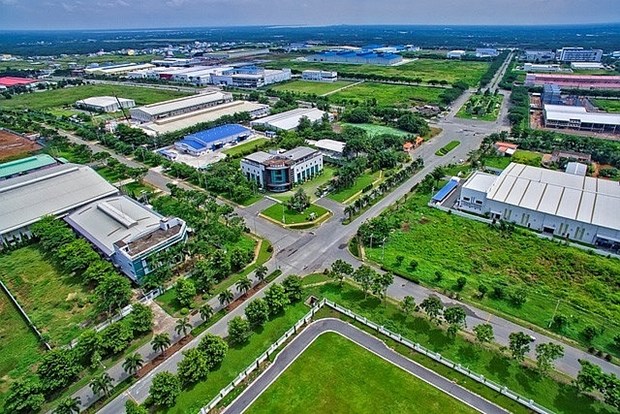 Illustrative image (Photo: haiquanonline.com.vn)
Economic expert Le Xuan Nghia said that Vietnam was part of a number of free trade deals, which together with the Government’s open policies, made Vietnam an increasingly attractive destination to foreign investors.

Despite a fall in foreign direct investment (FDI) inflow in February when the novel coronavirus (COVID-19) started to become serious, the potential for industrial land development was huge in the long term, Nghia said.

Statistics from the Foreign Investment Agency showed that Vietnam attracted 5.3 billion USD worth of registered FDI in January, up 180 percent over the same month in 2019, but only 1.1 billion USD in February.

Nghia said that the impacts of the COVID-19 pandemic on the property segment would only be in the short term as the Government was taking bold measures to control the pandemic.

Nghia said that it was the time for investors and businesses to prepare to make breakthroughs when the COVID-19 pandemic is over.

He predicted that Vietnam would see a strong recovery in production and consumption after the pandemic.

He said that many investors were confident the EVFTA would accelerate investment in production in Vietnam, which would also push up the development of the industrial property segment.

At the moment, the COVID-19 pandemic was causing worries about labour shortages and disruptions to supply chains, and its impacts on the global economy would be significant, he said.

Still, Campbell remained positive about the development of the industrial property segment in the next two years.

“We need some time for the industrial property market to get back on track after the COVID-19 pandemic,” Nguyen Hong Van from JLL Vietnam said.

Mirae Asset Securities Vietnam in a recent report forecast that the industrial property market would face more difficulties in 2020, but that there was significant potential for development.

The difficulty would come from the FDI sector which was forecast to see falls in exports due to the impacts of the global slowdown.

However, this segment would see increase in supplies, partly due to the conversion of land leased by rubber companies, estimated at more than 7,000 hectares, into industrial land, the company pointed out.