Japan’s Hiroshima prefecture endorses cooperation with Can Tho

Can Tho (VNA) – A visiting delegation from Japan’s Hiroshima prefecture had a working session with Can Tho’s authorities in the Mekong Delta city on August 20 to look at possibilities of bilateral collaboration across fields. 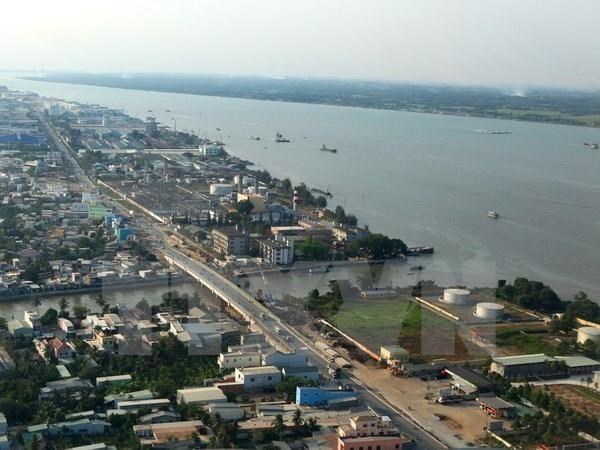 A corner of Can Tho city (Photo: VNA)

Leading the delegation, Matsubara Kazuki, from Hiroshima’s international trade division, took note of Can Tho’s position as a key agricultural hub of the delta and the country.

He, however, said the delegation found that the prices of local agricultural products have yet to meet expectation, and the city is facing difficulties in terms of prices of farm produce and export to demanding markets, including Japan. The root of the problem lies in limited capacity in preservation and processing technology.

The Hiroshima delegation suggested ODA projects on transferring agricultural preservation-processing-distribution technologies to Can Tho, and on organising training courses for Can Tho agricultural officials and farmers.

Matsubara said that his province will propose the Japanese Embassy in Vietnam establish a high-tech centre for preservation and processing of farm produce that meets international standards in Can Tho in the coming time.

Hiroshima will also encourage Japanese firms to increase their direct investment in the agricultural sector of the Vietnamese city and its neighbouring localities, he said.

The official asked for Can Tho authorities’ support in importing Hiroshima’s cherry products. He unveiled that his prefecture will import fruit from the region favoured by Japanese consumers like pomelo, star apple, and orange.

In addition, the Japanese locality is willing to help Can Tho design software for urban planning, checking and repairing the drainage system, and monitoring the operation of infrastructure projects.

Matsubara pledged that his prefecture will also assist the city in connecting with investors and experts in the field of energy saving, while encouraging Hiroshima’s tourism agencies, associations, and companies to enhance collaboration with Can Tho.

He called on Can Tho authorities to support the promotion of Hiroshima’s tourist destinations among local citizens.

Agreed with the guest’s suggestions and plans for bilateral cooperation, Chairman of the municipal People’s Committee Dao Anh Dung stated Can Tho will create the best conditions possible for Japanese enterprises, including those from Hiroshima, to invest and form partnerships in the city.-VNA