Da Nang (VNS/VNA) – Two traditional trades – fish sauce in Nam O Village in Da Nang and Thanh Ha pottery in Hoi An – have been recognised as National Intangible Heritage by the Ministry of Culture, Sports and Tourism, contributing more cultural value to the two tourism hubs in central Vietnam. 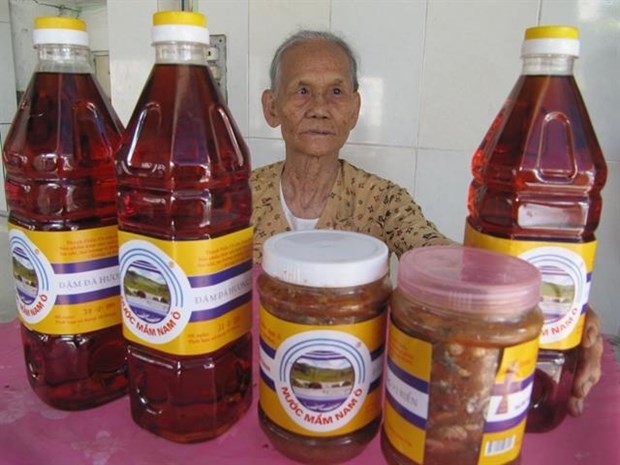 Thien said the nomination would help preserve the trade of Nam O in the suburban area of Da Nang, which has existed for more than four centuries.

He said local residents still earn an income from fishing and fish sauce despite rapid urbanisation.

Situated at the foot of the Hai Van Pass, 17km northwest of downtown Da Nang city, Nam O village has produced fish sauce since the 19th century, and the trade still earns villagers their livelihoods.

He said anchovies are fermented with salt in terracotta or jackfruit-wood jars for 12 months.

The 500-year-old pottery trade in Thanh Ha Village, on the outskirts of Hoi An, was also named as a national intangible heritage.

The trade emerged in the ancient town in the late 15th century, and some villagers still make items using brick kilns.

The pottery craft was one of the oldest trades that still remains in the UNESCO-recognised world heritage site Hoi An.

The trade is introduced as a craft experience for tourists rather than for mass production as in previous decades.

Pottery products from Thanh Ha were major commodities exchanged with businessmen from Japan, China and Europe in the 17th century.

The village – a popular destination on Hoi An’s tourism map – hosts around 100 tourists each day.

An exhibition centre – the Thanh Hà Terracotta Park – was built to introduce the old trade and pottery experience to tourists./.