(VNA) – Well-known Russian violinist and conductor Viktor Tretyakov touched down in Vietnam on August 2 to serve as judge for the Vietnam International Music Competition for Violin and Chamber Music 2019, set to take place in Hanoi from August 3- 11, reported Radio the Voice of Vietnam (VOV). 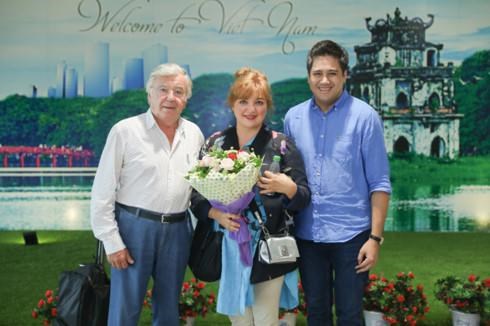 Viktor Tretyakov has received numerous titles, prizes, and awards, such as a gold medal at the III International Tchaikovsky Competition in 1966, the Lenin Komsomol Prize, and the Planet Musician Award presented by UNESCO.

Previously, pianist Max Levinson, who is known as an intelligent and sensitive artist with a fearless technique, also arrived in Hanoi on August 1. He took part in a rehearsal alongside Vietnam’s Sun Symphony Orchestra to prepare for the opening ceremony of the competition which is due to take place at the Vietnam National Academy of Music on August 3.