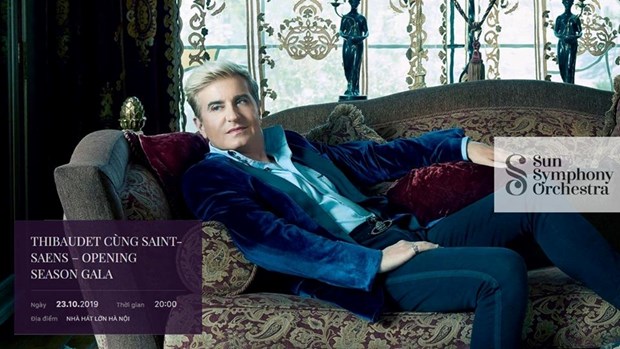 (Photo: The Sun Symphony Orchestra)
For more than three decades, Thibaudet has been performing worldwide and building a reputation as one of the finest pianists of his generation.

He had also performed in Vietnam at the acclaimed Hennessy Concert Series in 2006.

After getting a Chevalier of the Ordre des Arts et des Lettres, the pianist was awarded the title Officier by the French Ministry of Culture in 2012.

The show will be the 2019-2020 Season Opening Gala Concert of the Sun Symphony Orchestra (SSO).

Established in 2017, under the umbrella of Sun Group, the SSO is aiming to become one of Vietnam’s premier classical orchestras, enriching the lives of the country’s people through music and bringing a new standard to the Vietnamese cultural scene./.