Tokyo (VNA) – The first Vietnam festival held in the Japanese city of Fukushima drew hundreds of Vietnamese people residing in the prefecture of the same name and neighbouring areas. 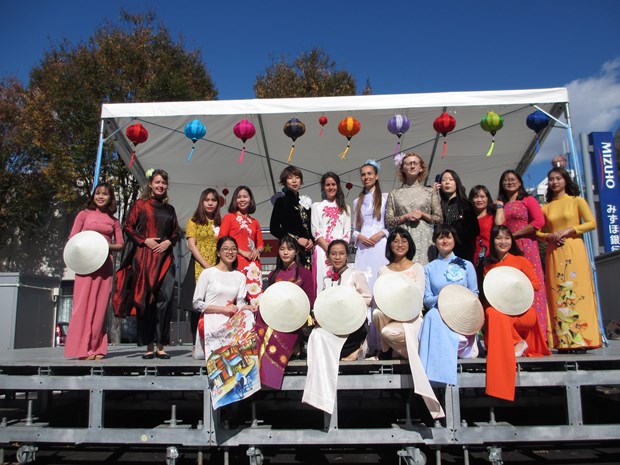 In opening the festival on November 4, Mayor of Fukushima Kohata Hiroshi expressed his pleasure at the development of friendship between the city and Vietnam.

He said in June 2019, Fukushima welcomed Vietnamese athletes to train for Tokyo’s Olympic and Paralympic Games next year.

As a “host town” of Vietnam, Fukushima has invited the Vietnamese women’s football team and plans to invite the Vietnam U19 squad to train in Japan, he added.

Vietnamese Ambassador to Japan Vu Hong Nam expressed his deep sympathy with Fukushima people who were seriously affected by Typhoon Hagibis last month, and said he hoped they will soon overcome the consequences of the natural disaster.

Regarding relations between Vietnamese and Fukushima localities, the ambassador said Vietnam has started importing pears from the Japanese prefecture.

He said he was glad to know that many Vietnamese people have chosen Fukushima to live and work.

After the opening ceremony, participants engaged in special cultural and art performances staged by Vietnamese and Japanese artists.

Visitors also had an opportunity to taste traditional Vietnamese food./.