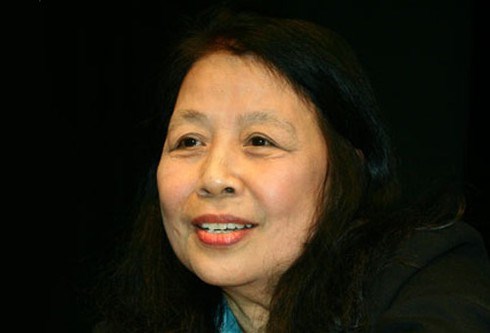 The three Vietnamese writers were among a total of 27 winners of the SEA Write Award from the Association of Southeast Asian Nations (ASEAN) in the past three years of 2016; 2017 and 2018.

They were present at the award ceremony held on November 25 at the Royal Ballroom at the Mandarin Oriental.

The ceremony was held to honour Southeast Asian writers – past, present and future.

Khue won the 2018 award for her short stories entitled Lan Gio Chay Qua (Wind Breezes Through). The stories also earned her the third Vietnam Writers Association Award in 2016 after receiving the award in 1987 and in 2000.

Quang’s novel is about historical figure Nguyen Cong Tru who was a politician, military officer and poet in the 19th century.

Both of them were Vietnam Writers Association Award winners in 2015.

The SEA Write Award has been presented annually to poets and writers in Southeast Asia.

The ceremony was put on hold for the past three years due to the passing of the late King Bhumibol Adulayadej.

It was restored after the subsequent coronation of His Majesty King Maha Vajiralongkorn in May this year.

The SEA Write Award was established in 1979 to recognise and honour literary excellence in the ASEAN region.

Based in Bangkok, the awards have been presented annually since 1979 to leading poets and writers in the 10 ASEAN countries which will choose their own winners./.