Thua Thien – Hue (VNA) – The central province of Thua Thien – Hue will hold a monthly night fair at Thanh Toan tile-roofed bridge from 7pm on August 16, or the 16th day of the seventh lunar month. 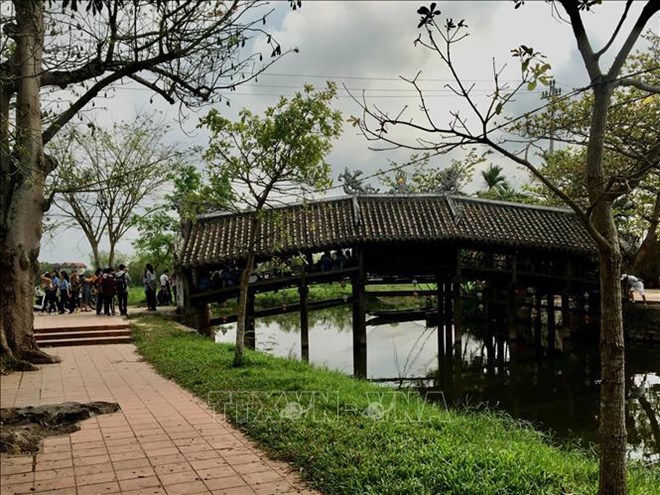 Thanh Toan bridge (Photo: VNA)
From now on, the fair will be held on the 16th day of the lunar month, even during the rainy season.

It will introduce food, folk games and choi singing performances to visitors who will also have a chance to visit traditional agricultural and fisheries equipment exhibition house.

Nguyen Van Phuc, Deputy Director of the provincial Department of Tourism, said the event will be organised by businesses and local community under the auspices of the local authorities.

The Thanh Toan arch bridge has both sides protected by railings with balconies, crossing an irrigation canal extending from the entrance to the end of Thanh Toan village, Thuy Thanh commune, about 8km from the centre of Hue city. It has become a popular tourist destination.

It was recognised by the Ministry of Culture, Sports and Tourism as a national relic site in 1990.

During peak season from March to September, the bridge welcomes nearly 200 visitors per day, mostly foreigners.

The province spent around 13 billion VND (565,000 USD) on the upgrade and restoration of the bridge.