Vientiane (VNA) – A Vietnam Culture Week 2019 was kicked off at the Lao National Cultural Hall in Vientiane, Laos on December 5,  with an art show featuring folk dances and music performed by artists of the Vietnam National Music, Song and Dance Theatre. 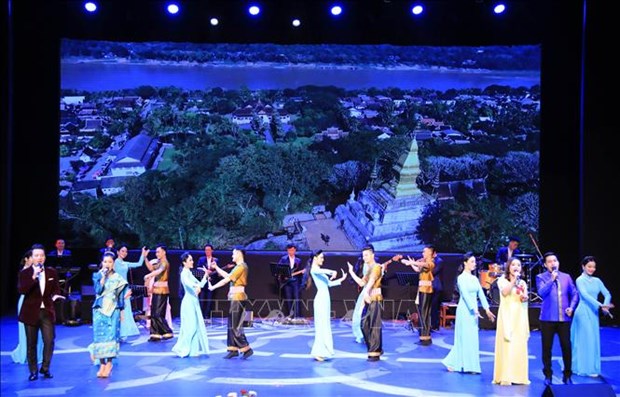 A music performance at the opening ceremony of the Vietnam Culture Week. (Photo: VNA)

He expected that the event will mark another milestone in the bilateral ties.

Lao Minister of Information, Culture and Tourism Kikeo Khaykhamphithouse, for his part, welcomed the organisation of the event in Laos, saying it demonstrates the special friendship and solidarity between the two Parties, States and peoples.

After the event’s opening, the troupe from the Vietnam National Music, Song and Dance Theatre will take a tour in Laos to serve local audience and Vietnamese people here./.