Thai Nguyen (VNA) – An exhibition of photos, documents, books and newspapers was opened in the northern province of Thai Nguyen on January 20 in celebration of the 90 founding anniversary of the Communist Party of Vietnam (February 3). 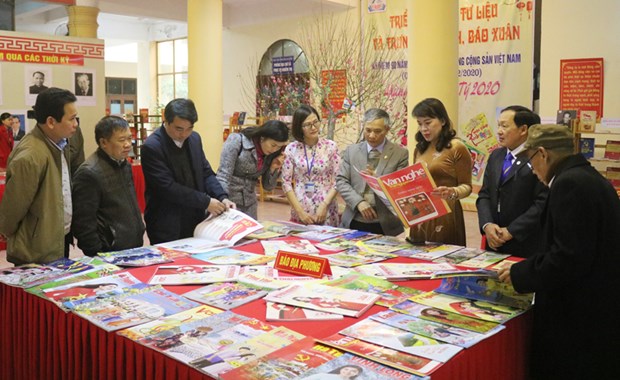 Visitors to the exhibition at the Library of Thai Nguyen province (Photo: baothainguyen.vn)

The event, organised at the provincial library, displays over 80 photos and documents on the Party’s development, congresses and general secretaries in history.

More than 600 books on the Party and nearly 100 spring publications of central, sectoral and local newspapers and magazines are also on show.

The exhibition aims to help local cadres, Party members and people learn more about the Party’s history, as well as its role, prestige, leadership capacity and combat strength over the last 90 years, thus affirming the trust and pride in the Party, late President Ho Chi Minh and the country’s reforms, integration and development.

It is set to last through February 20./.