French pianist to perform works for the left hand

HCM City (VNS/VNA) – French pianist Maxime Zecchini will play works for the left hand in a piano recital at the Institute of Cultural Exchange with France (IDECAF) in Ho Chi Minh City on February 23. 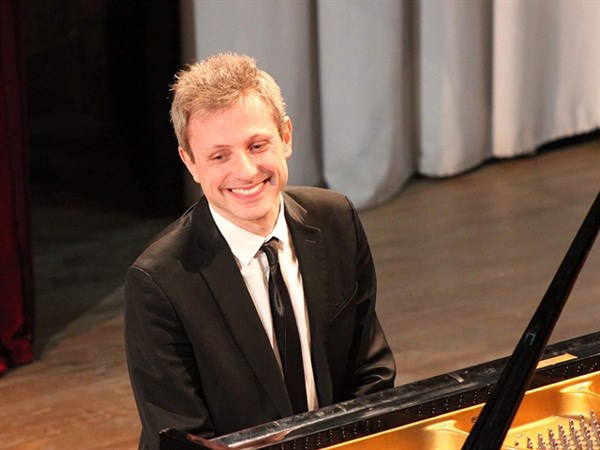 French pianist Maxime Zecchini will play works for the left hand in a piano recital at IDECAF in HCM City on February 23. (File photo from www.maximezecchini.com)

The concert will feature masterpieces by Claude Debussy, Gabriel Fauré and Maurice Ravel. Works by French composers Charles-Valentin Alkan, Pierre Sancan and Michel Legrand will be included as well.

He also received a degree from the prestigious Incontri col Maestro Academy in Bologna, Italy. He has won top prizes at several international competitions including the Cziffra Foundation Prize and the IBLA International Competition in Ragusa Ibla, Sicily, Italy

His discography includes Anthology for the Left Hand Repertoire in 10 volumes.

He has played with numerous orchestras including Beijing Opera, Kiev Philharmonic, and Cape Town Philharmonic Orchestra, and performed at prestigious halls in Paris and in numerous festivals and concerts in France and another 50 countries.

Zecchini will perform in Carnegie Hall in New York in April 2021.

The concert will begin at 8 pm at IDECAF at 28 Le Thanh Ton Street in District 1. Tickets are available at www.ticketbox.vn./.