Hanoi (VNS/VNA) – Five emerging artists or groups will have the chance to engage with traditional disciplines of Vietnamese performing arts and music via a residency programme which will start on March 1. 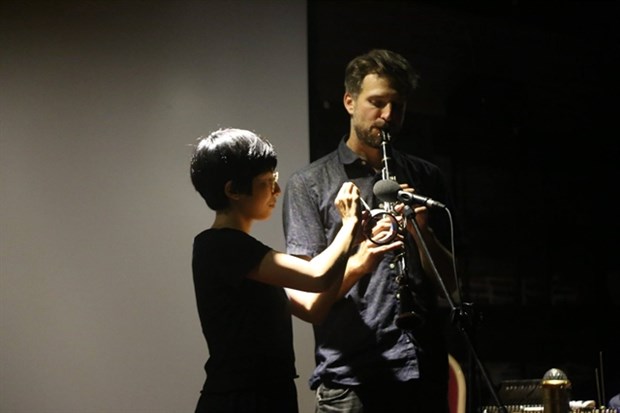 Multidisciplinary musicians Cao Thanh Lan and Gregor Siedl, jurors of the selection process, will have a performance at the launching ceremony of the programme. (Photo courtesy of the organiser)

Young artists who focus on new and transdisciplinary forms of music are eligible to apply.

The artists can also collaborate with one or more artists from other disciplines such as theatre, poetry, literature, visual arts, performing arts and new media to create collaborative and cross-genre works.

The selected artists will have access to an in-depth database of these traditional musical and performing arts and have a chance to meet experts and artists of these genres.

The programme Shape of Music has been initiated by the independent interdisciplinary centre DomDom, with support from the British Council’s FAMLAB Fund.

During the first edition of the project, Connecting Heritage, which will run from April to October, the chosen artists will receive professional mentoring from senior artists to create and implement their new works.

“The project aims at nurturing new authors and contributing new works to the landscape of experimental and contemporary music in Vietnam,” said Tran Thi Kim Ngọc, director of DomDom.

These new productions will be showcased at the end of the residency. They will have a chance to perform at the Hanoi Hà Nội New Music Festival 2021.

Each artist/group of artists will be awarded a grant of 20 million VND (900 USD) as a production fund for new artworks, travel costs, monthly allowances and accommodation.

The launch ceremony will take place at Manzi Art Space, 2 Hang Bun Lane, Hanoi with performances combining traditional art and contemporary music. Artists, including Tran Kim Ngoc with Ho Nguyet Co Hoa Cao (Ho Nguyet Co Turns into a Fox); Cao/Siedl Duo with two musical works Osmosis and The Fifth Cardinal Direction; and SonX with the electronic music and video entitled One Face No 4, will all be on show.

Founded by Ngoc in 2012, DomDom is fully dedicated to the operation and advancement of Vietnamese experimental music and its interdisciplinary collaborations with other art forms. Applications should be sent to domdomhanoi.residency@gmail.com no later than March 22.

The centre promotes all forms of contemporary music and art practices, provides music training for young musicians to empower them in the Vietnamese experimental and contemporary scene. Through the projects, the centre also widens knowledge and experience of audiences that develops music appreciation and enhancea the participation of the public.

The FAMLAB Fund aims to support projects that engage with the music and film heritage of Vietnam through contemporary practice, while encouraging arts and cultural practitioners./.