Ban on drinking scenes on TV

Hanoi (VNS/VNA) – As part of a new decree, actors on TV or in film will only be able to drink alcohol in scenes which depict historical figures or condemn this behaviour. 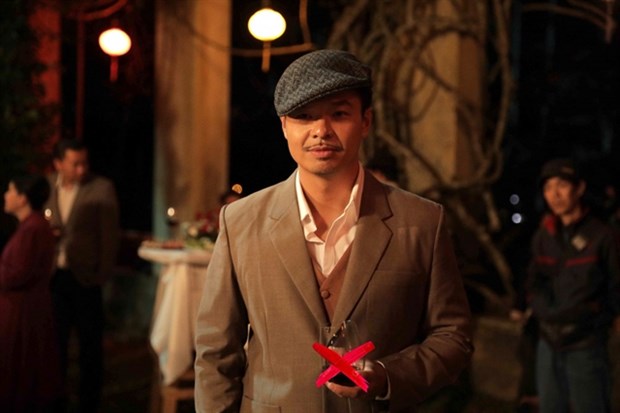 The Government’s Decree 24 details a number of articles of the Law on Prevention and Control of Alcoholic Harm, which restricts images of the consumption of alcohol in cinematic, theatrical and TV shows for viewers below 18.

Scenes in which an actor is drinking must not violate prohibitions such as forcing others to drink, depicting drinkers under 18 years old or employing labourers under 18 to participate in producing, trading and driving after drinking.

The decree also clarifies a number of other prohibitions, such as praising organisations and individuals for obtaining success from alcohol production and trading. The scenes of actors drinking alcohol for artistic purposes are only allowed in depicting historical figures, a certain historical period or criticising and condemning drinking alcohol.

According to Decree 24, the advertisement of drinks with less than 5.5 percent alcohol by volume screened from 6pm to 9pm daily only applies to products of sponsors of regional, continental or world sporting events held in Vietnam.

The advertisement of drinks with below 15 percent alcohol by volume must contain warnings; for example, drinking alcohol might cause traffic accidents, affect foetal health and people under 18 must not drink alcohol.

To advertise on radio or television, these warnings must be clearly read at the same speed as other content. Those on online newspapers or social networks must have visible colours, accounting for at least ten percent of the advertising area.

The government requires businesses to have measures to prevent people under 18 from accessing alcohol on social networks and online newspapers. Enterprises selling alcohol online must run software to check the age of buyers, ensuring they are over 18.

In June 2019, the National Assembly passed the Law on Prevention and Control of Alcoholic Harm.

However, the restriction of drinking scenes in films has not received the support of many Vietnamese directors, who are concerned it might restrict the artistic creativity of the filmmakers.

“Wine and beer exist in daily activities, so will the films will be true to life when the drinking scenes are indispensable but they are removed? For example, the scene of a couple drinking wine on their wedding night – which is not intended to criticise the behaviour.”

He said that the restriction on drinking scenes would cause difficulties for directors, such as how to portray a wedding scene in the countryside without wine, a scene in a bar, or a meeting between gangsters.

“If there are no more explicit provisions, Decree 24 will continue to restrict cinematic creativity, putting pressure on filmmakers and the culture management authority,” the director of Bi, Don’t Be Afraid added.

Director Luu Trong Ninh asserted that he would comply with the law but stressed the need to clarify the restrictions mentioned in the decree.

“Not only Vietnam, many countries also have regulations for scenes involving alcohol; however, they have always been obvious about what is forbidden. For example, it would be easier for the filmmakers if the regulations allowed five percent of alcohol drinking on screen, filmed the characters drinking in small glasses and specified the volume of alcohol. Decree 24 still has ambiguous content,” he said.

According to director Mai The Hiep, the decree still contains one easy-to-understand point for filmmakers – if the film has a scene of drinking alcohol, it must be determined from the beginning that it is aimed at viewers above 18.

“Decree 24 states that images of drinking wine or beer will be restricted if the audience is below 18. Therefore, if a film is required to have such scenes, it should be labelled for audiences of 18 plus. And vice versa, the directors must consider thoroughly because the audience under that age is likely to follow the behaviour of characters,” he said./.