Hanoi (VNA) – The northern province of Bac Ninh has completed a dossier seeking UNESCO’s inclusion of the making of Dong Ho folk paintings in the list of intangible cultural heritage in need of urgent safeguarding. 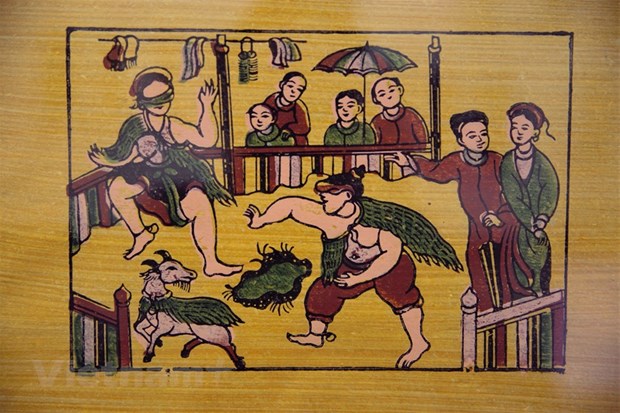 The provincial People’s Committee has proposed the Ministry of Culture, Sports and Tourism send this dossier to the Prime Minister for consideration and submission to UNESCO, the ministry said on March 11.

According to researchers, this is a woodblock painting genre created by residents in Dong Ho village of Song Ho commune, Bac Ninh’s Thuan Thanh district. The paintings vividly reflect the traditional agricultural society, along with the life and practices of rural Vietnamese people.

In the past, there were 17 clans in Dong Ho village engaging in the trade. After 1945, folk painting genres like Dong Ho, Hang Trong and Kim Hoang gradually fell into oblivion. In 1990, some local artisans began collecting old paintings and woodblocks in an effort to revive the Dong Ho painting genre.

At present, the making of Dong Ho folk paintings has been recovered and has its values upheld in the contemporary life. It was recognised as part of the national intangible cultural heritage in 2013./.