Hanoi (VNA) – The Party Central Committee’s Economic Commission in collaboration with relevant agencies on September 3 launched a campaign urging enterprises and entrepreneurs to give their opinions on improving policies and mechanisms for economic development. 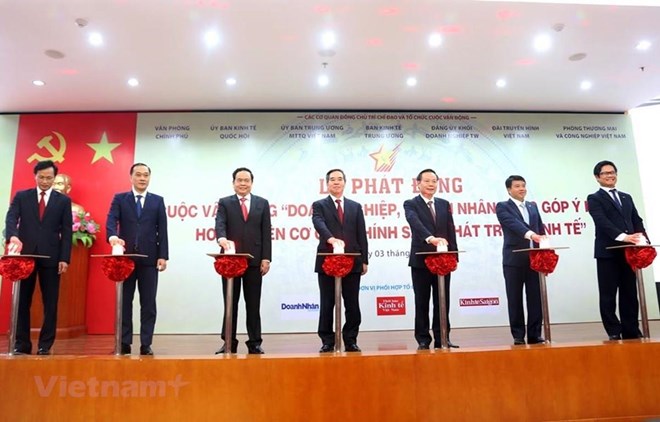 At the launching ceremony of the campaign (Photo: VNA)

All Vietnamese firms and businessmen are welcomed to take part in the campaign, with each being able to send one submission of feedback and recommendations.

These entries will be assessed and submitted to relevant Party and State agencies to consider when building economic policies and mechanisms and preparing documents for the upcoming 13th Party Congress.

Speaking at the campaign’s launching ceremony in Hanoi, Politburo member and head of the commission Nguyen Van Binh said enterprises and entrepreneurs are the subject of direct impacts and benefits from economic policies and mechanisms.

As such, they know better than anyone else what policies and mechanisms could help them deliver their best performances in contribution to the implementation of the Party’s guidelines and to the national economic growth, the official added.

On the occasion, the organising board launched the official website of the campaign.-VNA