Hanoi (VNA) – Vietnam’s economic restructuring and growth model reform in 2016-2020 have been benefiting from positive changes in policies and achievements in the 2011-2015 period, according to economist Nguyen Dinh Cung. 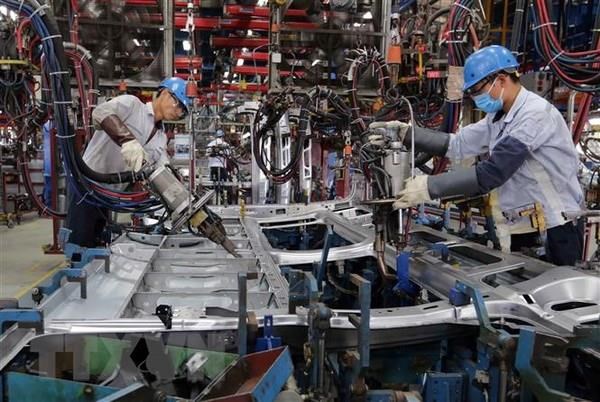 During 2011-2015, Vietnam began to adjust its policies in the direction of promoting economic restructuring and changing the growth model for rapid and sustainable growth. (Source: VNA)

The former Director of the Central Institute for Economic Management (CIEM) made the remark at a workshop in Hanoi on September 17 to announce the CIEM’s report reviewing the outcomes of restructuring the economy and reforming the growth model in 2016-2020. The event was within the framework of the Australia Supports Economic Reform in Vietnam (Aus4Reform) programme.

The report looked at macro economic stability and the economy’s resilience, growth and growth quality, and restructuring of investment, credit organisations and State-owned enterprises.

Cung noted that during 2011-2015, Vietnam began to adjust its policies in the direction of promoting economic restructuring and changing the growth model for rapid and sustainable growth.

Accordingly, macro policies were gradually tightened with flexible adjustment to stabilize the macro economy, while a series of pgorammes and projects were carried out to shift the growth model towards higher quality, greater efficiency and better competitiveness.

The 2016-2020 tenure saw more favourable conditions thanks to the policy adjustment in the previous term. During the term, Vietnam has kept the inflation rate at a reasonable level of under 4 percent. The State budget collection has been significantly improved. However, State budget expenditure remained high, accounting for nearly 29 percent of the gross domestic product (GDP).

Besides, public debts and foreign debts have been decreased, Cung said, adding that those debts are still at a high level compared to other countries in the region.

He attributed those positive outcomes to the shift of focus in economic reform and administration of socio-economic development since 2011.

In the period, the country focused its efforts and resources on stabilising the macro economy and restoring business production, thus creating a new momentum which was strong enough to mobilise more social resources, allocate and use them more effectively, and gradually form a more rational and dynamic economic structure, Cung said.

However, he also pointed to the need to reduce the economy’s dependence on foreign direct investment (FDI) enterprises.

Addressing this imbalance does not mean limiting or constraining foreign investment but instead helping the domestic private economic sector develop at a faster and more even speed, he said.

Besides, it is necessary to forge connection between economic sectors, he suggested./.