Revenue from pepper exports to Germany soar despite falling prices

Hanoi (VNA) – Though Vietnam’s revenue from pepper exports experienced drops in most foreign markets, those to Germany soared during the first seven months of 2019, according to the Agro Processing and Market Development Authority. 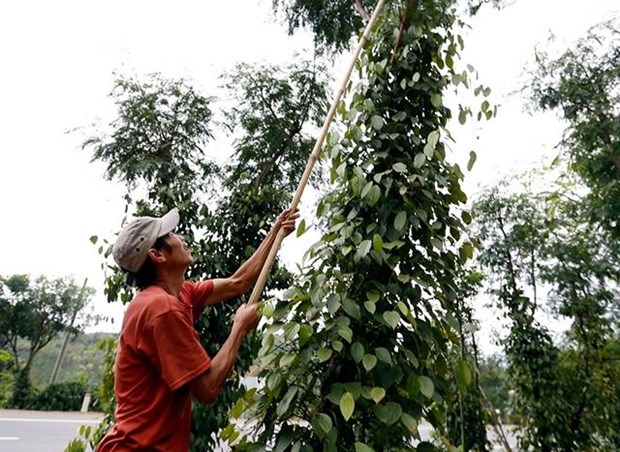 Vietnam exported 220,000 tonnes of pepper for 561 million USD in the first eight months of the year, up 27.4 percent in volume but down 3.8 percent in value from a year earlier, due to falling global pepper prices.

Despite the downward trend, pepper exports to Germany amounted to 8,000 tonnes worth 23.4 million USD, up 53.3 percent and 14.4 percent year on year, respectively.

As Vietnamese pepper is facing growing competition on the global stage, the signing of the EU-Vietnam Free Trade Agreement provides a great opportunity for the country to ease such pressure and boost exports, particularly of processed pepper, to Germany as well as other EU markets.

In the first half of this year, Vietnam exported 181,000 tonnes of black pepper, recording revenue of 461 million USD, down 25.7 percent year on year.

The Ministry of Industry and Trade forecast that in the coming months, pepper exports may face difficulties due to Brazil and Indonesia entering their main harvest seasons.

According to the Vietnam Pepper Association, pepper supply worldwide surpasses demand. In the coming years, pepper production will continue to increase rapidly, and many pepper producing countries, including Vietnam, will have significant inventory volume./.