Hanoi (VNS/VNA) – Vietnam’s textile and garment industry was likely to reach its target of 40 billion USD in export turnover this year despite facing difficulties in some markets. 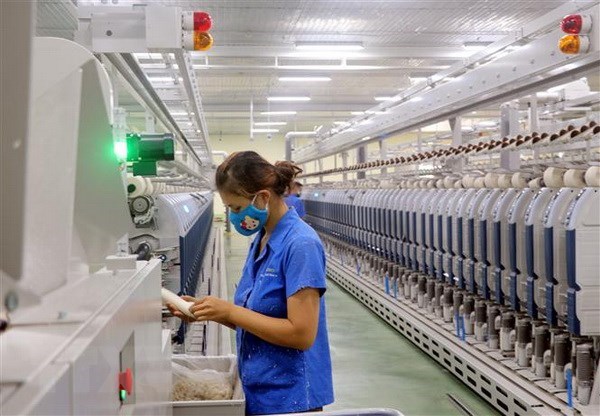 The statement was made by Cao Huu Hieu, managing director of the Vietnam National Garment and Textile Group (Vinatex) after the industry reported export earnings of 29.3 billion USD in the first nine months of the year.

Hieu said the result was due to the industry’s efforts to overcome difficult global economic conditions. To achieve this figure, solutions had been implemented synchronously to remove difficulties, especially input prices which had dropped sharply due to the impacts of the trade war.

“After a quiet period, the fibre sector has started to prosper. Customers are showing more interest in it while the price has also recovered. We hope the market will correct itself over the next year and return to the highs seen in 2016-17,” he said.

With new-generation free trade agreements (FTAs) such as the Comprehensive and Progressive Agreement for Trans-Pacific Partnership (CPTPP) and the EU-Vietnam free trade agreement (EVFTA) which took effect this year, Vietnamese businesses will need to make efforts to take advantage of the preferences they offer.

Technology application is seen as a key factor to help Vietnam’s textile and garment industry to promote its business and expand its markets.

According to Hieu, many Vinatex firms had invested in automatic cutting and spreading machines to replace workers, and in 3D design. Meanwhile, yarn and dyeing were also under pressure from the fast development of technology.

He said in the fashion industry, creativity was very important, so there are stages that machinery cannot replace humans. “A Vinatex survey of about 150 enterprises showed that employment opportunities within the industry over the next 10 years would still be high.”

“The domestic market is expected to earn 9 billion USD this year, so it’s a massive sector. Besides, top global brands have already invested here, and Japan’s Uniqlo will be arriving in 2020,” Hieu said.

Under such pressure, he said the industry needed to find its own path for Vietnamese fashion to reach the domestic market.

“Vinatex is focusing on Vietnamese designs with materials suitable for Vietnamese people and the industry, ensuring quality and reasonable prices and increasing competitiveness,” he added.

Many businesses have set up e-commerce systems deals or invested in their own online sales services to increase domestic market share.

Viet Tien Company has invested in a fashion design centre, while Duc Giang Corporation has focused on building and developing its own brands such as Paul Downer, HeraDG and Forever Young.

Other enterprises such as Nha Be and May 10 are also offering fashionable products in various styles and categories to meet diverse consumption needs, ensuring quality and design to follow international trends.

According to economic experts, Vietnam’s accession to a series of FTAs had increased the openness of the domestic market by 200 percent. Along with efforts to improve domestic market share, authorities needed to create favourable conditions for enterprises to restructure, especially when it came to raising capital, expanding production, and improving technology and management to compete with foreign brands./.