Hanoi (VNA) – The index of industrial production (IIP) for the first 10 months of this year increased by 9.5 percent from the same period last year, led by the manufacturing-processing sector. 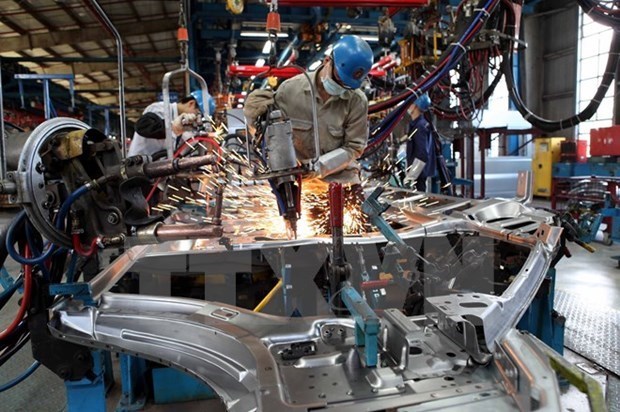 According to the General Statistics Office (GSO), the manufacturing-processing sector recorded a growth of 10.8 percent.

Some industries with especially high growth rates included metal production up 34.3 percent, coke and refined oil up 31.8 percent, and rubber and plastic products up 14.3 percent.

Meanwhile, the production of medicine, pharmaceutical chemistry and medicine materials reduced by 3.4 percent; and that of motorbike was down 6.3 percent.

In October alone, the IIP picked up 2.7 percent from the previous month and 9.2 percent from one year ago. The manufacturing-processing sector also posted a 10.8 percent expansion, electricity generation and distribution went up 8.1 percent, while mining showed a drop of 0.2 percent.

As of October 1 this year, the number of workers employed by the industrial sector increased by 1.3 percent from one month ago, and was up 2 percent from the same period last year. The workforce of the State-owned sector shrank by 1.9 percent, but that of the non-State and foreign-invested sectors were up 0.6 percent and 3.4 percent, respectively./.