Hanoi (VNA) – Vietnam’s export turnover in the last 10 months yearly increased 7.4 percent year-on-year to over 217 billion USD, according to the Ministry of Industry and Trade (MoIT). 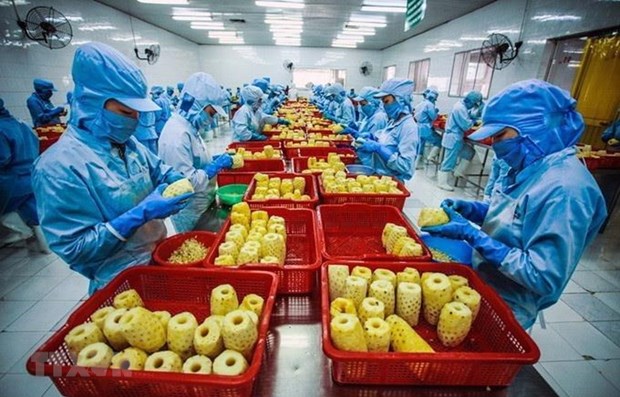 Statistics show that 30.7 percent of the export turnover was contributed by the domestic economic sector, and the rest by the foreign-invested sector.

Tran Thanh Hai, Deputy Director of the Import and Export Department under the MoIT, said the industry and processing sector was the biggest contributor to the nation’s export turnover in the reviewed period. Its export value hit 182.93 billion USD, up 9.4 percent year-on-year, accounting to 84.3 percent of the total export turnover.

The US remained Vietnam’s largest importer, followed by the European Union, China, ASEAN, Japan and the Republic of Korea.

In the period, Vietnam imported goods worth 210.004 billion USD, up 7.4 percent against the same period last year.

The country completed 82.5 percent of the goal of export turnover set for the year.