Bac Lieu (VNA) – Deputy Prime Minister Vuong Dinh Hue has underlined the importance of the people-centred approach to successfully building new rural areas at a conference to review the programme in the southeast and Mekong Delta regions. 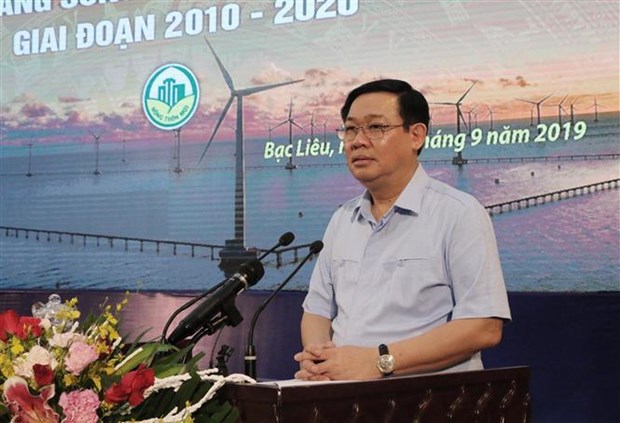 Speaking at the conference on September 14 in Bac Lieu, the Deputy PM Hue recognised the outcomes brought to the regions by the programme, highlighting the positive impacts on the lives of local rural residents and poverty reduction efforts.

He asked each locality to review their results and outline an appropriate direction for the new period.

Deputy PM Hue noted that localities need to give priority to quality when recognising new rural areas in the spirit that the programme will have no ending point.

At the event, Deputy Minister of Agriculture and Rural Development Le Quoc Doanh said that after nine years of implementing the programme, the two regions have had 874 new rural communes and 30 district-level units have been recognised as meeting new rural standards.

Notably all of the communes of Dong Nai and Binh Duong provinces have been recognised as new rural communes.

With over 932 trillion VND (40 billion USD) poured into the programme in these two regions, their infrastructure has been greatly improved and the standard of living significantly enhanced with the criteria of income and housing much higher than the national average, Doanh added./.