Moscow (VNA) – Vietnam has become a natural partner of Russia in its look-east policy for various reasons, said Ivan Timofeev, Director of Programmes at the Russian International Affairs Council (RIAC), in an interview with the Vietnam News Agency on October 9. 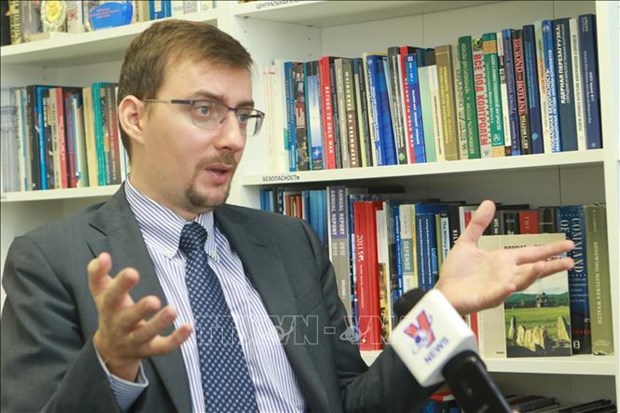 The expert said one of those reasons is that the two countries share a history of sound traditional partnership.

Vietnam is a big and dynamic economy with a wide market and abundant human resources, he added, noting that Vietnamese people are organised and creative.

Timofeev said Vietnam has a bright future for both economic and technological development, creating an extensive room for its cooperation with Russia and with the Eurasian Economic Union (EAEU).

He stressed his belief that Vietnam will effectively implement a balanced and independent multilateral policy amid the current global complexities.

Talking about the role of the Association of Southeast Asian Nations (ASEAN), including Vietnam, Timofeev quoted President Vladimir Putin as saying the bloc is an important factor with a central role in Asia-Pacific./.