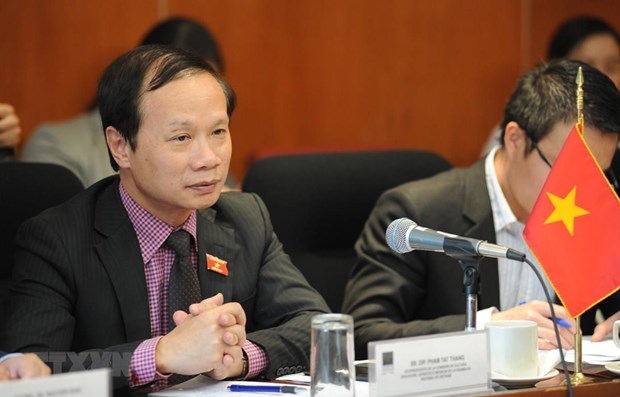 As part of their trip, the delegation had a meeting with Alfredo Femat Banuelos, Chair of the Chamber of Deputies’ Foreign Affairs Committee, and representatives of the Mexican lower house’s committees for culture and cinema; youth and children rights; education; and sports.

The sides took the occasion to discuss issues related to law building, the relationship between parliament and government in law-making activities and the inspection role of parliamentary committees.

Participating Vietnamese and Mexican officials delved deeply into laws on education and culture, which are important to the development of human resources, and conservation of tangible and intangible heritage.

The two sides agreed to increase delegation exchanges to boost the traditional and fruitful ties between the two law-making bodies.

The Vietnamese delegation also met with the Mexican Secretariat of Culture to talk about subjects of common interest like the legal system concerning heritage, cinema, arts, press, library, and publication; the relationship between cultural preservation and economic development; education on cultural preservation; and public policy serving the cultural industry, among others.

At another meeting, the delegation and the Mexican Secretariat of Public Education compared notes on each country’s educational system from primary, secondary to tertiary levels as well as on educational development orientation and policy.

While in Mexico, the delegation visited the Vietnamese Embassy, paid floral tribute to late Vietnamese President Ho Chi Minh at his statue in Mexico City, and had a working trip to Yucatan state./.