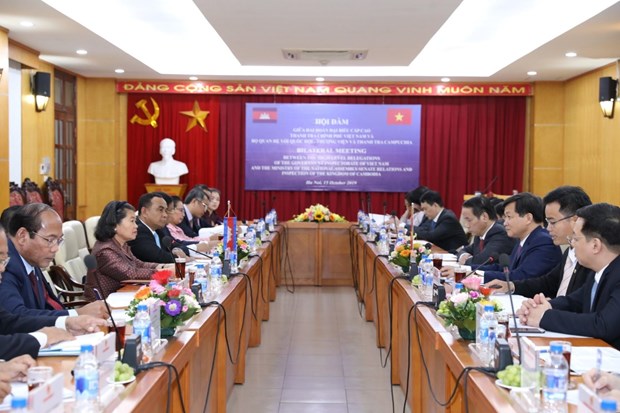 At the talks between Inspector General Le Minh Khai of the Government Inspectorate and Cambodia’s Deputy Prime Minister and Minister of National Assembly-Senate Relations and Inspection Men Sam An (Photo: VNA)

At the talks, the two sides briefed each other on the outstanding results of inspection work, the settlement of complaints and denunciations, and the prevention and fight against corruption in their respective countries in first nine months of this year.

They also shared the working directions and tasks in the remaining months of the year.

Vietnam’s Government Inspectorate and the Cambodian Ministry of National Assembly-Senate Relations and Inspection set up cooperative ties in 2003, and since then have regularly exchanged delegations and shared working experience.

She said the partnership between the inspection agencies has contributed to the friendship and cooperation between the two countries./.