PM: each State group, corporation must be an innovation centre

Hanoi (VNA) – Prime Minister Nguyen Xuan Phuc asked each State-owned group and corporation to become centre for innovation during a conference in Hanoi on October 16. 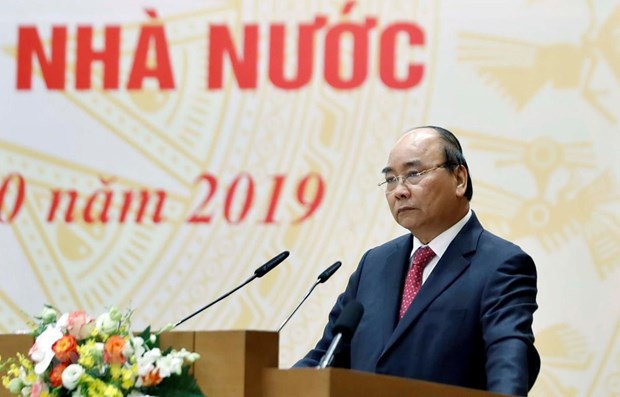 They were also required to improve governance and competitiveness, and enhance human resources training.

In particular, the centrally-run business bloc should focus on Party building and encourage talented staff, he added.

The leader admitted that the cooperation between the Commission for the Management of State Capital at Enterprises and ministries, agencies, localities, State-owned groups and corporations remains limited. Up to 775 equitised firms have yet to list on securities markets while corruption in State enterprises remains, he pointed out.

Only 29 percent of State-owned enterprises have been restructured, PM Phuc said, adding that it is necessary to prevent losses in the process.

Deputy Prime Minister and head of the Steering Committee for Enterprise Innovation and Development Vuong Dinh Hue said 162 firms were equitised with a total value of over 205 trillion VND (9.48 million USD) from 2016 to June 2019, or 108 percent of State capital value in equitised firms during the 2011 – 2015 period.

The total revenue from equitisation and divestment surpassed 218.2 trillion VND, more than doubling the total in the past five years./.