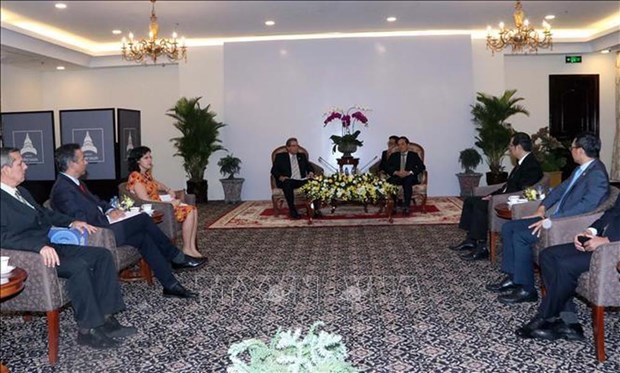 The Director General introduced to his guest that the VNA is the State news agency with nearly 75 years of development.

The agency is a strong communication group in Southeast Asia with a network of 63 offices in all cities and provinces across the country and over 30 in all regions in the world, he said.

The VNA has close and effective cooperative relations with the Latin American news agency Prensa Latina, the official added.

The Vietnamese people have special sentiment for the Cuban land and people, he said, adding that many officials, reporters and editors of the VNA were trained in Cuba.

Quang said the Vietnamese Party, State and people, including those from HCM City, always remember the valuable support from Cuba to Vietnam in years of hardship, adding the city will have practical activities to celebrate the 60th anniversary of the Vietnam-Cuba diplomatic ties in the coming year.

HCM City is willing to pioneer in realising the two countries’ economic cooperation policies, especially in the fields of Cuba’s strengths such as health, biotechnology and pharmacy, the official stressed.