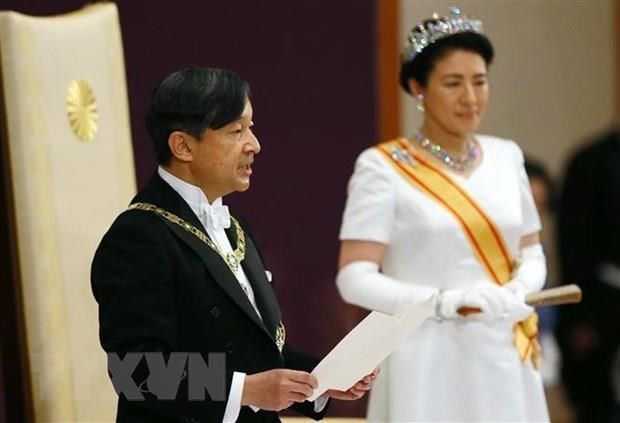 Emperor Naruhito (L) speaks at his coronation ceremony at the Tokyo Imperial Palace on May 1 (Photo: AFP/VNA)

The spokesperson said at the Foreign Ministry’s regular press briefing that Vietnam firmly believes that in the Reiwa reign, the country and people of Japan will continue to reap great achievements in building a prosperous country, and the Vietnam-Japan extensive strategic partnership will continue to be strengthened and developed in the interest of the people of both countries, and for peace, cooperation and development in the region and the world.

Emperor Naruhito became the 126th Emperor of Japan on May 1, 2019, starting the new imperial era of Reiwa. His enthronement ceremony will take place on October 22./.