Hanoi (VNA) – The National Assembly Standing Committee concluded its 38th session on October 17 with the adoption of a resolution on adjustments to the law making programme in 2019. 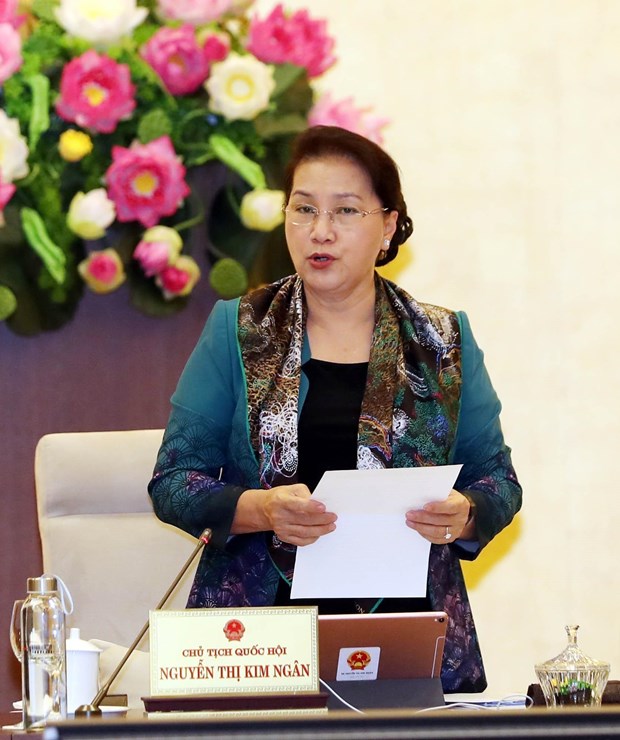 Speaking in conclusion of the session, NA Chairwoman Nguyen Thi Kim Ngan said as the 8th session of the NA will open in three days, the Government, the Vietnam Fatherland Front, committees of the NA and the NA Standing Committee and the NA General Secretary as well as relevant agencies should urgently complete revisions to documents to be submitted to the NA’s 8th session.

She said the NA Standing Committee will arrange meeting time to consider the submission of the Supplementary Treaty to the 1985 Treaty on the Delimitation of the National Boundary and the 2005 Supplementary Treaty between Vietnam and Cambodia, and the Protocol on the Demarcation and Marker Planting of the Land Boundary between Vietnam and Cambodia to the NA for approval.

Earlier the same day, the NA Standing Committee discussed the feasibility report on the first phase of the Long Thanh international airport.

The Government’s report said the total investment for the airport is estimated at nearly 111.7 trillion VND, equivalent to around 4.779 billion USD.

The NA’s Economic Committee recommended revising the calculation of investment to avoid big changes when the official design is approved./.