Hanoi (VNA) – Prime Minister Nguyen Xuan Phuc is paying an official visit to Kuwait from October 26 – 27, the first trip to the Middle East nation by a Vietnamese leader in 10 years, which is expected to help solidify the countries’ relations. 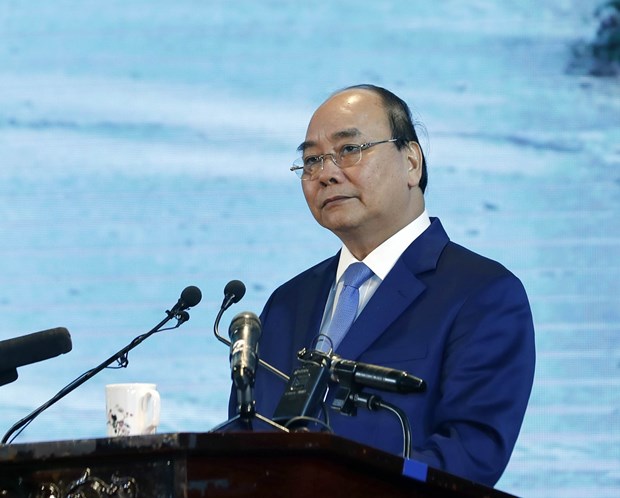 With diplomatic ties established on January 10, 1976, Kuwait was the first member of the Gulf Cooperation Council and also one of the first Middle Eastern countries to form a diplomatic relationship with Vietnam.

It was also where Vietnam opened its first trade office in the Middle East in 1993.

Bilateral relations have witnessed remarkable turning points since the beginning of the 21st century. Official visits by then Kuwaiti PM Nasser Al-Mohammed Al-Jaber Al-Sabah in 2007 and then Vietnamese PM Nguyen Tan Dung in 2009 set new milestones in the two countries’ connections.

After Vietnam opened its embassy in Kuwait in 2003, Kuwait was the first among members of the Gulf Cooperation Council to open an embassy and consulate general in Vietnam in 2007.

Existing bilateral cooperation mechanisms include a joint committee, an inter-governmental committee, and political consultation between the two foreign ministries.

Both countries have continually supported each other at multilateral forums, including Kuwait’s backing of Vietnam’s candidacy for a non-permanent seat on the United Nations Security Council for 2020 – 2021.

Meanwhile, bilateral economic, trade and investment links have been thriving.

Kuwait is a major Middle Eastern trade partner of Vietnam. Annual trade soared from about 700 million USD in 2011 – 2014 to some 2.6 billion USD in 2018, with Vietnam running a trade deficit of over 2.5 billion USD, mainly due to oil imported from Kuwait. The Southeast Asian country’s main exports include textiles and garments, seafood, timber and wooden products, computers, electronic products, fruit and vegetables, footwear and ceramics.

In February 2016, the Kuwaiti Government recognised the market economy in Vietnam.

Regarding investment partnerships, the Kuwait Petroleum Corporation is involved in Vietnam’s Nghi Son refinery and petrochemical complex project, which has total investment capital of 9 billion USD. The complex, which went into operation in December 2018, is the biggest oil refinery Kuwait is partnered with in Asia, with a capacity of 200,000 barrels per day. This meets 40 percent of Vietnam’s petrol and oil demand.

Vietnam began sending workers to Kuwait in 1996, and has about 1,300 labourers there at present, mostly in the construction and petroleum industries.

Kuwait provides five Arabic language scholarships for Vietnamese students each year. The number of Kuwaiti tourists to the ASEAN nation has also been surging in recent years, with expected year-on-year growth of 60 percent in 2019.

So far, Vietnam has signed deals to borrow 57.75 million Kuwaiti dinars (about 190 million USD) from the Kuwait Fund for 16 projects, seven of which are being implemented.

Additionally, the Kuwaiti Government also offered non-refundable aid of 3 million USD in 2013 and 225,000 USD in 2017 to address floods in Vietnam.

The upcoming official trip to Kuwait by PM Nguyen Xuan Phuc will be an important occasion for both sides to review their bilateral relations and discuss ways to drive cooperation forwards, especially in the fields of energy, oil and gas, agriculture, labour and tourism./.