Hanoi (VNA) – Lawmakers are discussing an overall plan on socio-economic development for mountainous, ethnic minority and extremely disadvantaged regions during a plenary sitting in Hanoi on November 1. 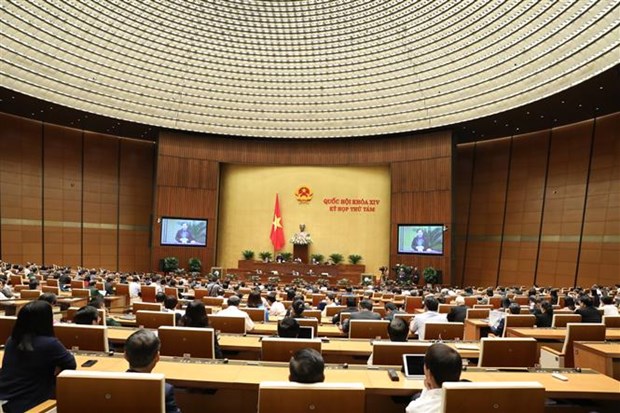 At the meeting (Photo: VNA)

The sitting will be also live broadcast on VTV1, VOV1 and National Assembly TV channels.

The plan is expected to improve personnel quality, build a strong political system at the grassroots levels, maintain political security and social safety and order in border areas, strengthen the great national unity bloc, and enhance ethnic minority groups’ trust in the Party and State.

If approved, the scheme will be carried out from 2021 to 2030, with the aim of doubling ethnic minority people’s income compared to 2020, and reducing the rate of poor households by 3 – 5 percent per year.

As scheduled, the legislators will pass a resolution approving the scheme on November 18.

In the afternoon, the lawmakers will debate a draft resolution on the removal of fines for late tax payments and late tax payments for insolvent taxpayers, delay in the issuance of mineral and water resources exploitation rights, among others./.