Bangkok (VNA) – Prime Minister Nguyen Xuan Phuc had separate meetings with leaders of Laos, Cambodia, China and the International Monetary Fund (IMF), along with Prince Andrew Albert Christian Edward of the UK in Bangkok on November 3. 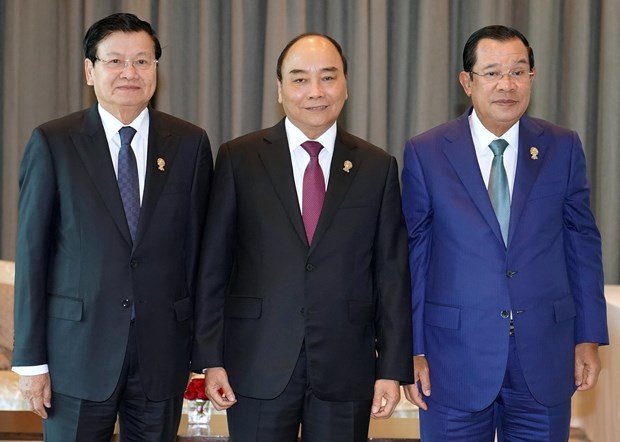 The events took place on the sidelines of the ongoing 35th ASEAN Summit and related summits in Thailand.

At the working session with Lao PM Thongloun Sisoulith and Cambodian PM Samdech Hun Sen, PM Phuc highly valued the development of the traditional neighbourliness, friendship, comprehensive cooperation and close-knit relations among the three countries in the recent past.

He asked the three countries to promote the strategies and programmes on cooperation and connectivity among them, in the Mekong sub-region, as well as with other partners. He expressed his hope that they will support one another to maintain peace, stability, independence and self-reliance and develop economy.

At another meeting, both PM Phuc and Chinese Premier Li Keqiang emphasised that Vietnam and China attach great importance to promoting the stable and sustainable development of the bilateral comprehensive strategic cooperative partnership. 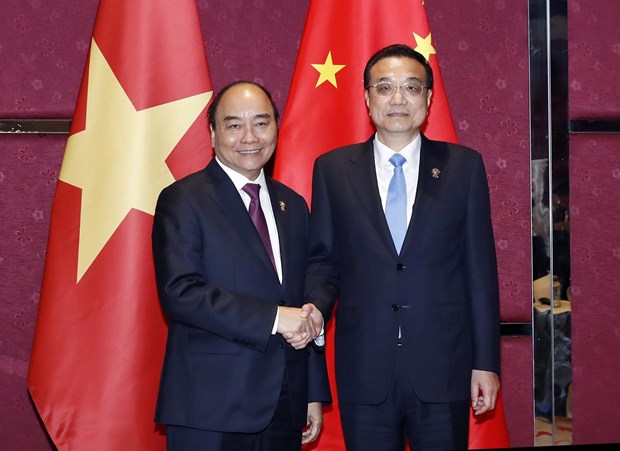 They also agreed on measures to advance the two countries’ relations in 2020 when bilateral diplomatic ties turn 70, stressing that delegation exchanges at all levels will be organised.

Premier Li wished Vietnam successes when it will serve as the ASEAN Chair in 2020 and a non-permanent member of the United Nations Security Council for 2020-2021. He added that China hopes to step up multilateral cooperation with Vietnam in the time to come.

Congratulating China on its enormous achievements over the last 70 years, especially after more than the four decades of reforms, PM Phuc affirmed that Vietnam always treasures and wishes to intensify bilateral relations.

He also spoke highly of certain strides in their economic and trade links, asking China to continue taking measures and policies to address Vietnam’s fast-growing trade deficit with it, further facilitate customs clearance at the countries’ pairs of border gates, and solve outstanding problems in cooperation projects.

The Chinese Premier also highlighted his country’s high respect for the relationship with Vietnam, saying that it is ready to foster connections in many areas, particularly amidst the world’s complex situation at present.

China hopes to consolidate the traditional friendship, expand cooperation, deal with issues in bilateral economic, trade and investment ties, and make good use of mechanisms to bolster collaboration with Vietnam, he said.

Regarding sea-related issues, PM Phuc proposed both sides work together to control differences well so as not to let them affect bilateral relations; firmly maintain a peaceful and stable environment in the region; and continue to seriously implement the common perceptions reached between the two Parties and countries’ leaders, along with the Vietnam-China agreement on basic principles guiding the settlement of sea-related issues.

He called on the two countries to persistently solve sea-related issues by peaceful means in line with international law and the 1982 UN Convention on the Law of the Sea, and appropriately handle issues relevant to fisheries and fishermen. He also asked China to respect Vietnam’s normal economic activities at sea that are in conformity with international law.

PM Phuc reiterated that Vietnam resolutely and persistently safeguards its sovereignty, territory, seas and islands in line with international law. It also believes that this issue will be solved properly.

The Chinese side affirmed the wish to control sea-related differences well and exercise self-restraint so as not to affect the two countries’ overall relations.

Meeting with IMF Managing Director Kristalina Georgieva, PM Phuc appreciated the support that Georgieva, the IMF, as well as the World Bank, have given to Vietnam. 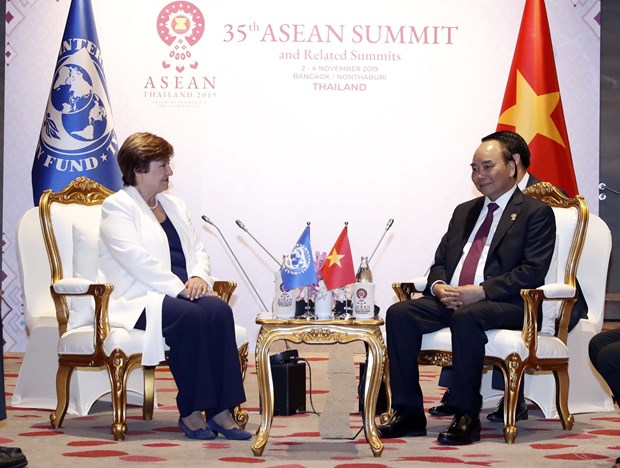 He asked the IMF to continue assisting the country to build development strategies, manage the macro-economy and modernise the governance of economy.

She added that the IMF pledges to cooperate effectively with Vietnam and ASEAN in 2020, when Vietnam will hold the ASEAN chairmanship. 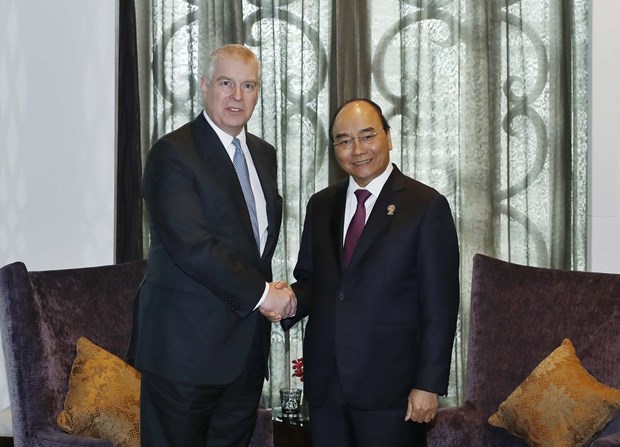 At the meeting with Prince Andrew Albert Christian Edward, Duke of York, PM Phuc highly valued and hoped for the prince’s further contributions to and support of the enhancement of the Vietnam-UK strategic partnership, as well as Vietnam’s development in different fields, including start-up promotion, technology application in business and production, environmental protection, and socio-economic development in localities.

Prince Andrew pledged to actively contribute to the two countries’ relations through concrete and practical actions, especially during Vietnam’s chairmanship of ASEAN next year.

Also on November 3, PM Phuc and his spouse attended the official banquet hosted by Thai PM Prayut Chan-o-cha and his spouse in honour of heads of delegations to the 35th ASEAN Summit and related summits./.