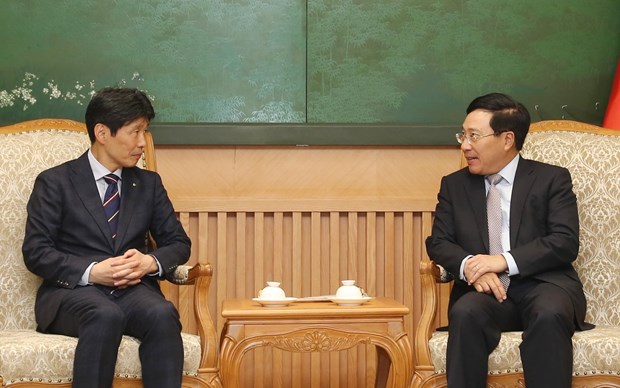 At the reception,  Deputy PM Minh stressed that Vietnam treasures the ties with Japan which is a reliable, important and long-term partner and shares many strategic interests with Vietnam. He said Vietnam supports Japan’s international role in the region and the world.

Minh took the occasion to appreciate Japan’s support of Vietnam’s stance on the East Sea issue.

Governor Yamamoto affirmed that he will continue to work to facilitate the reception of Vietnamese trainees.

He stressed that the foreigner community in general and the Vietnamese community in particular have become an important part in Gunma’s socio-economic development.

He also pledged to encourage local firms to invest in Vietnam./.