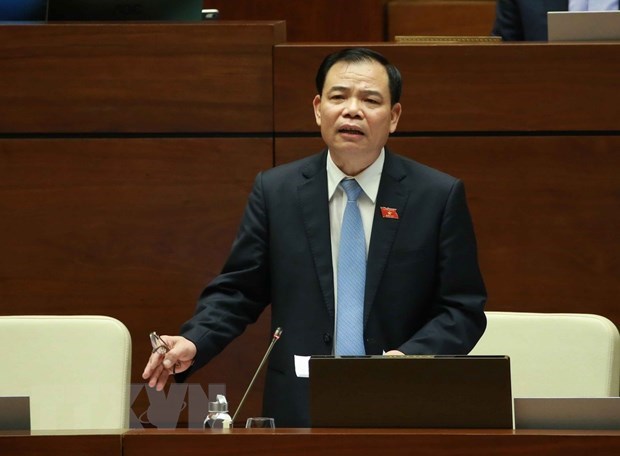 According to Cuong, in October 2017, the EC issued the warning to Vietnam due to the country’s failure to demonstrate sufficient progress in the fight against illegal, unreported and unregulated (IUU) fishing.
Vietnam has focused on promoting efforts and implementing action programmes to remove the “yellow card”, he stressed.

Cuong said after two years implementing many measures, Vietnam is recorgnised as no longer violating illegal fishing acts in Pacific and island nations. However, violations in the southern water still remain.

On November 6, the Eurpepan Union (EU) sent a delegation to Vietnam for the second inspection of the implementation of the EC’s recommendations to combat IUU violations.
More drastic measures should be taken by the Government, sectors, localities and fishermen as well to definitely deal with the issue, Cuong said.

Speaking at the Q&A session, Deputy Prime Minister Trinh Dinh Dung said the Governement will pay attention to carrying out a number of key tasks, especially restructuring the sector in connection with re-organising its production by the value chain, towards improving the productivity, quality, and competitiveness of Vietnamese seafood products.

He stressed that it is a must to completely solve the problem, and asked NA deputies in localities, especially those from the 28 coastal provinces and cities, to support local officials to effectively implement EC’s recommendations, thus removing the “yellow card” at an early date. /.