Hanoi (VNA) – A meeting will be held for Heroic Vietnamese Mothers nationwide as part of activities to mark the 73rd War Invalids and Martyrs’ Day, said Minister of Labour, Invalids and Social Affairs Dao Ngoc Dung on July 13. 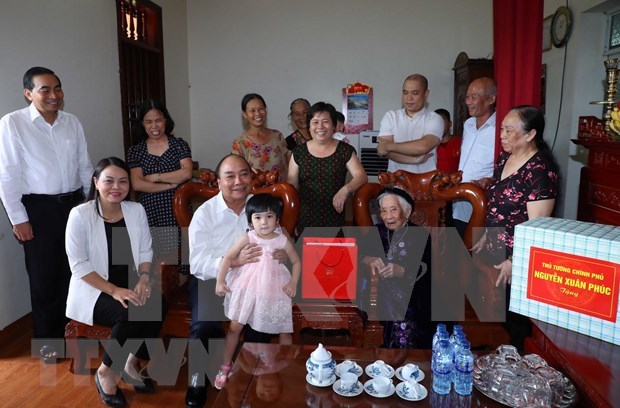 He said that the meeting, the first of its kind, is scheduled for July 23-25 in Hanoi, aiming to honour the mothers and show gratitude to them.

Currently, Vietnam has a total of 14,000 Heroic Mothers and only 4,968 of them are alive, according to Dung.

He added that a ceremony will also be held on July 21 in the central province of Quang Nam to present certificates to national contributors recognising their contributions to the fatherland during wartime.

During the ceremony, 20 houses will be handed over to revolution contributors and relatives of martyrs in Quang Nam, along with 100 scholarships for poor students in the locality.

Dung declared that the ministry and localities will work harder to implement policies to support policy beneficiaries, especially a scheme to upgrade and build new houses for people who rendered service to the nation and help them get rid of poverty./.