Vietnamese citizens brought home from US

Hanoi (VNA) – Vietnamese authorities, representative offices in the US and the national flag carrier Vietnam Airlines coordinated with the US side in conducting a flight bringing Vietnamese citizens there back home on July 15-16. 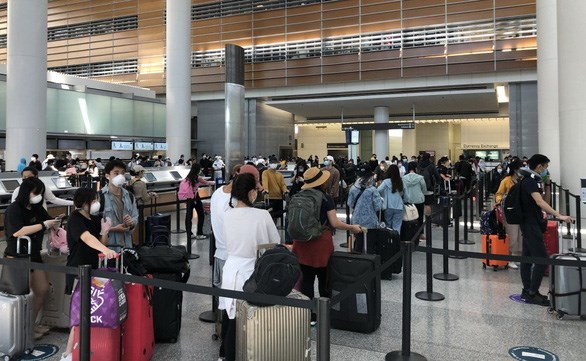 Vietnamese representative offices in the US actively supported the citizens. The Consulate General in San Francisco sent officials to the airport to help them complete all necessary procedures.

Preventive measures against COVID-19 were implemented seriously during the flight.

Upon landing at Van Don international airport in northeastern Quang Ninh province, all passengers and crew members had their body temperature checked and were quarantined as regulated.

However, according to Vietnam Airlines, a male passenger, born in 1947 had an accidental fall after using the restroom when the plane had been flying for over 13 hours and was cruising at an altitude of 33,000 feet (about 10 km). Crew members and passengers who are doctors on the flight actively provided him with the first aids, but he had died before the plane landed at the airport.