Lao Cai (VNA) – Legal proceedings have been started against two men in the northern border province of Lao Cai for joining hands with Chinese people to bring illegal immigrants into Vietnam through the border. 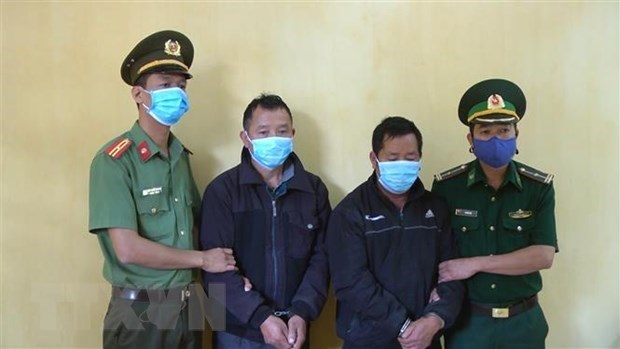 Phung The Anh, born in 1994, and Vang Seo Xoa, born in 1989, both from Lao Cai, were arrested on July 16 after border guards at the Lao Cai International Border Gate detained four illegal Chinese immigrants who named Anh and Xoa.

At the border gate’s office, Xoa confessed that he was hired by an unknown Chinese to carry illegal Chinese immigrants to Vietnam for 500 RMB (71.6 USD) each.

Meanwhile, Anh said that when he worked as a driver at a casino in Lao Cai, he got to know some Chinese who asked him to transport illegal immigrants to Vietnam.

Recently, border guards of Lao Cai have discovered a criminal ring trafficking immigrants through the northern road border to the southern region of Vietnam and then to a third country, with Anh and Xoa being an important link of the ring./.