HCM City (VNA) – The People’s Court of Ho Chi Minh City on July 31 opened a trial for the case of “disturbing security” with eight people involved. 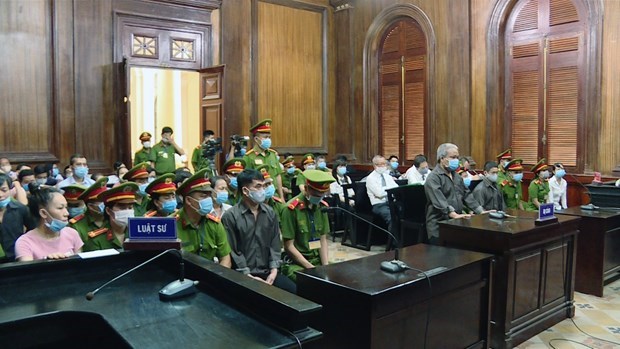 At the court (Photo: VNA)

Among the defendants, Nguyen Thi Ngoc Hanh, 44, residing in Binh Chanh district, and Hoang Thi Thu Vang, 54, in District 12, have been identified as masterminds of the case, and prosecuted by the municipal People’s Procuracy for “disturbing security” in line with Clause 1, Article 118 of the 2015 Penal Code.

They assigned tasks, called for donations and prepared weapons for the demonstration, aiming to disturb social order and political security, thus sabotaging the Vietnamese State. However, their acts were soon detected by competent forces.

The People’s Procuracy said their deeds are specially dangerous to the society and would directly impact social order and safety as well as national security, and they must be punished strictly./.