Hanoi (VNA) – Vietnam’s fight against COVID-19 and the East Sea dispute were among the topics covered in winning reports by foreigners at the 6th National External Information Service Awards, reflecting the significant interest among foreigners in the country’s domestic and international affairs. 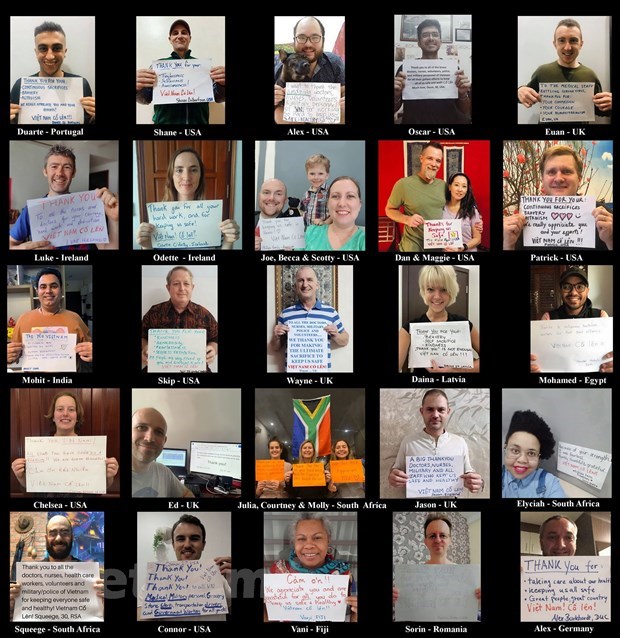 An extract from “Vietnam We Thank You – Vietnam co len!” project, launched in April. (Photo: VietnamPlus)

In the first half of this year, as the world was struggling against COVID-19, Vietnam emerged as one of only a few countries to successfully bring the disease under control.

Reporting and writing on the pandemic dominated the list of winners at this year’s awards ceremony, held in Hanoi on July 28.

The viral “Vietnam We Thank You – Vietnam co len!” social media campaign, the brainchild of Wayne Worrell, an English teacher in Hanoi, won the “Initiative” award. He and friends living in Vietnam created photos and videos in April calling for resilience and thanking frontline workers and doctors for their devotion. 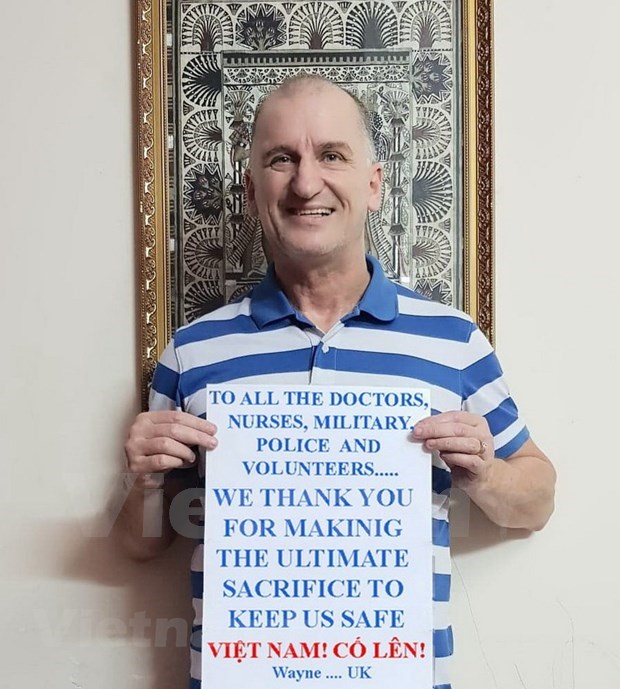 In an interview with the Vietnam News Agency, he shared his thinking in kicking off the project: “So I thought, well, why don’t we do more? Let us, the expat community, thank the doctors, the nurses, the police, the military and the volunteers for their sacrifice to keep us safe. I reached out to friends. They reached out to their friends. And I got pictures and videos from different people.”

The project surprised even him by going viral.

“I’m glad it did because it got more people involved, more people wanting to help. And the main point of it was to unite the expat community with the Vietnamese community, to become as one and become stronger and fight COVID-19,” he said.

Worrell is now working on his new project by starting a Facebook group titled “Vietnam Loves You”, which he said aims to show the true beauty of the country and its people.

This sixth holding of the awards saw the highest-ever number of submissions from foreign reporters and academics. Foreign reports delved deeply into the country’s economic reform, its economic and investment cooperation potential via new-generation free trade agreements, and its central role in ASEAN, particularly in settling the East Sea dispute.

Rudroneel Ghosh, Assistant Editor on the Editorial Page at the Times of India, won first prize for his article on ASEAN centrality and the East Sea dispute.

He told the Vietnam News Agency that Vietnam is very important for ASEAN centrality, as it has been vocal and forthright on this particular issue.

“And as the current ASEAN Chair, I believe Vietnam can bring all the other ASEAN members onto a common platform,” he said. “Vietnam’s approach to fostering shared prosperity and positivity in the East Sea region is laudable and should be supported.

“Its approach could be a model of peace and development in the world.” 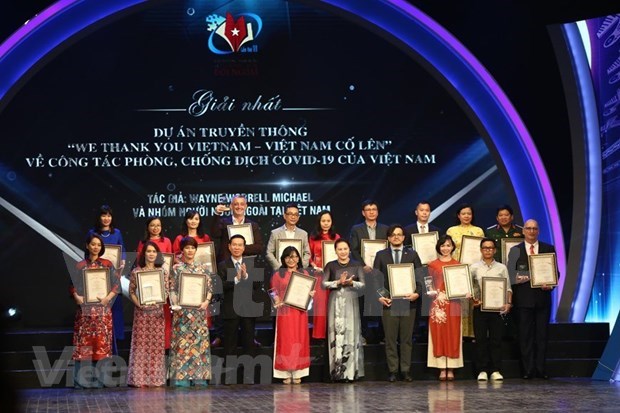 Articles and analysis from foreign journalists and scholars on Vietnam helped reflect national development and the Party and State’s stance on international and regional issues.

Ulises Granados Quiroz, Coordinator of Asia Pacific Studies at the Instituto Tecnológico Autónomo de México, said international reporters writing about Vietnam is an opportunity for them to voice their opinions and for the public in their countries to gain insights into Vietnam.

He wrote a series of articles in the Mexican-based El Universal newspaper on China’s survey vessel group Haiyang Dizhi 8’s geological survey activities in Vietnam’s UNCLOS-defined exclusive economic zone and southeastern continental shelf in July 2019. The series was among the winning entries at the awards.

The Vietnam News Agency, a winner at the awards for many years, picked up 44 prizes, including seven first prizes, eight second prizes, seven third prizes, and 22 consolation prizes./.