Quang Nam (VNA) – A conference was held in Tam Ky city, Quang Nam province, on September 7 to review the 10-year implementation of the national target programme on new-style rural area building in the south-central coastal and the Central Highlands regions. 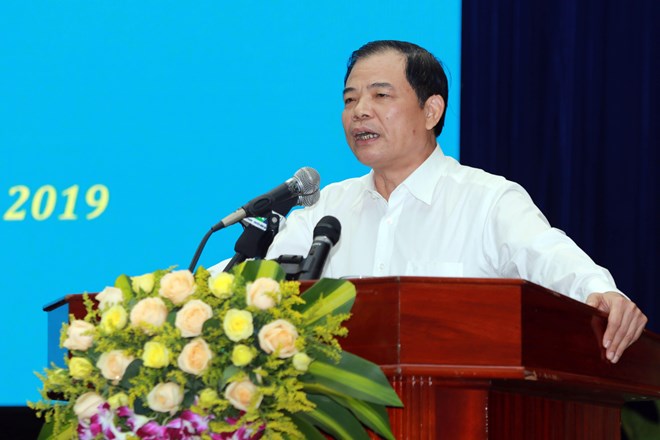 The two regions comprise 13 provincial-level localities with more than 15 million people, accounting for 16 percent of Vietnam’s population, and over 40 ethnic minority groups.

Minister of Agriculture and Rural Development Nguyen Xuan Cuong said building new-style rural areas is the most successful among all the national target programmes, and the Party and State have funded trillions of VND every year for each locality to carry out this work.

According to a report at the event, after nearly 10 years of implementing the national target programme, the south-central coastal and the Central Highlands regions have been funded with about 365 trillion VND (nearly 15.9 billion USD) from the central budget and different sources.

Four out of the eight south-central coastal localities, namely Da Nang city and the provinces of Quang Ngai, Binh Dinh and Binh Thuan, have reached the targets for 2020 assigned by the Prime Minister. Meanwhile, two of the five Central Highlands provinces, namely Dak Nong and Lam Dong, achieved their targets set for next year.

The two regions currently have the rate of communes earning the new-style rural status lower than the national average, which indicates that they are lagging behind other regions nationwide in this work, heard the conference.

Minister Cuong said the south-central coastal and the Central Highlands regions hold the most typical features for building new-style countryside as they have the largest space for developing agriculture and fisheries. Therefore, it is necessary to promote new-style rural area building here to capitalise on their advantages and potential and make their development level on par with that in northern and southern regions.