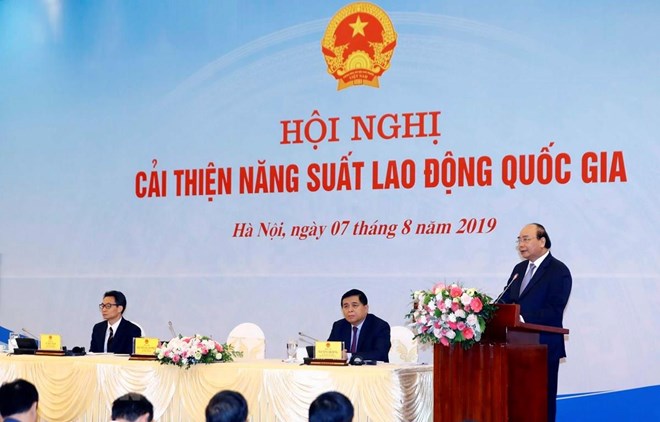 According to data released by the General Statistics Office (GSO), the labour productivity in Singapore, Malaysia, Thailand and Indonesia was 13.7, 5.3, 2.7 and 2.2 times higher than that of Vietnam in 2018.

The mining sector recorded the highest labour productivity while agro-forestry-fisheries posted the lowest, only about 38.9 percent of the whole economy’s.

However, the PM said the labour productivity remains low but increases steadily over years.

Six tasks include refining mechanisms to effectively tap resources, improving the effectiveness of labour market in both supply and demand, attracting talents at home and abroad, enhancing education quality which should be considered the top national policy in the new situation while paying attention to investing in science-technology.

The Ministry of Planning and Investment was assigned to collect feedback at the event to devise laws to submit to the PM for consideration.

Concluding the event, the leader said improving labour productivity is an important task that needs involvement of the entire political system, business community, and contingent of scientists, researchers and managers.-VNA