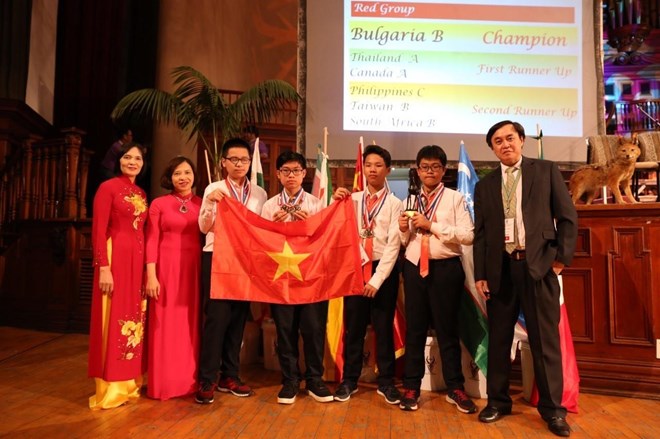 This year’s IMC was held in Durban city from August 1-6, drawing outstanding students from over 40 countries and territories around the world.

Vietnam sent 15 students from the Hanoi-Amsterdam School for Gifted Students to compete at the categories for those aged under 14 and from 14-17.

Besides the contest, members of the Vietnamese team took part in various cultural activities. They performed a dance on August 4 to popularize the image of the country and its people’s wisdom.-VNA