Bac Ninh (VNA) – A total of 24 Chinese nationals have been arrested after police in northern Bac Ninh province raided a series of arcades that were allegedly transformed into gambling dens. 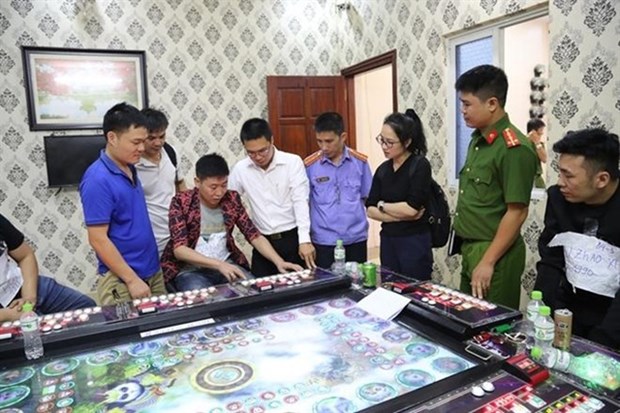 The arcades were equipped with typical machines which were transformed into betting games.

Colonel Pham The Tung, Director of the provincial Police Department, said the police raided five arcades, including three in Bac Ninh city, one in Thuan Thanh district and one in Tu Son township on October 28.

All of the centres were equipped with cameras. Those who were unfamiliar with the operators could not get in.

Gamblers were required to buy cards to record their scores before playing the machines. The points could be exchanged for cash.

The case is under further investigation./.