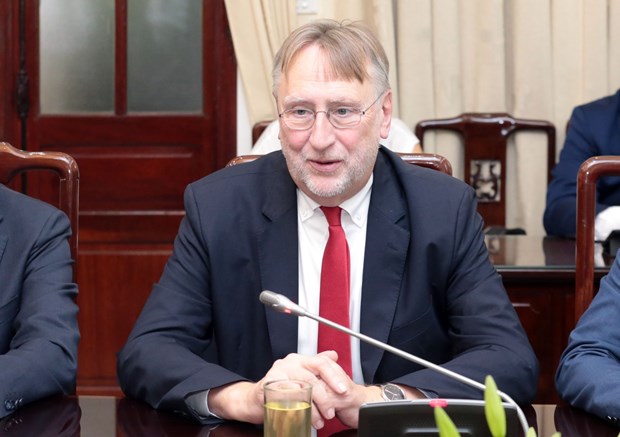 In October 2017, the EC issued a “yellow card” warning to Vietnam due to the country’s failure to demonstrate sufficient progress in the fight against illegal, unreported and unregulated (IUU) fishing.

He said the issuance had a certain impact on the consideration and ratification of the EU – Vietnam Free Trade Agreement (EVFTA) and Investment Protection Agreement (IPA).

However, he stressed that the important thing is Vietnam has come up with measures to improve the situation.

The official recommended the country consider preserving fishery resources for the future and cutting subsidies to fishing to boost reserves.

Suggesting the local Government provide tracking equipment to monitor fishing vessels, he stated if Vietnam can fulfill its anti-IUU duties and improve the situation, the ‘yellow card’ will be lifted.

Lange also told the press conference that during their working sessions, his delegation and Vietnamese partners expressed their deepest condolences to the families of 39 people recently found dead in a lorry in the UK.

He said the case involved illegal human trafficking, which the EP will make efforts to prevent.

The INTA delegation was in Vietnam from October 28 – 31 to assess the country’s preparations and readiness for the ratification of its free trade and investment protection agreements with the EU./.