Hanoi (VNS/VNA) – The Politburo of the Communist Party of Vietnam will continue implementing the 9th Party Central Committee’s Resolution 24-NQ/TW on ethnic affairs to boost development of minorities and mountainous areas. 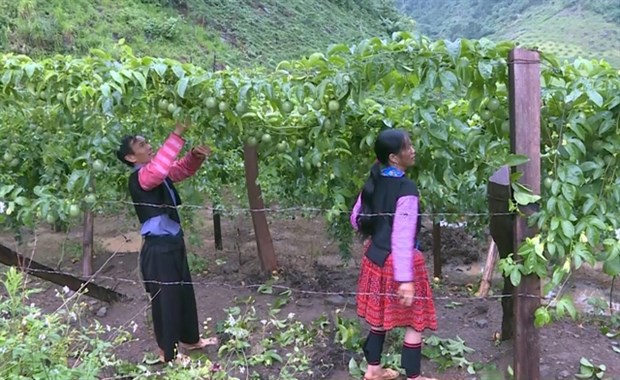 While progress has been made in the implementation of the resolution, there’s still room for improvement, according to the Politburo’s conclusion issued recently.

The execution of the resolution has resulted in positive changes in the local socio-economic situation and the lives of local people.

The income of ethnic minority people has been improved and the health and education sector in remote areas has been enhanced at the same time. Strong efforts have been made by locals preserving their culture and national identity.

However, the Politburo also pointed out shortcomings in the implementation. Ethnic people still faced huge difficulties in their daily life. The rate of poor and near poor households remained high and the gap between the rich and the poor was increasing.

The Politburo blamed it on the fact that some policies enacted have failed to give priority to the socio-economic development of people in ethnic minority and mountainous areas.

Due attention has not been paid to promote the potential and advantages of each region.

The lack of coordination between agencies in the implementation of some projects was also a problem.

To boost sustainable development, the Politburo emphasised the need to determine that ethnic tasks are important in the strategy of developing society and the economy of Vietnam.

Local authorities and agencies were urged to complete the legal system relating to ethnic minority people.

They were asked to shift economic structure in line with market demand and mobilise resources to fully tap the potential of the relevant localities to reduce the gap with other regions.

It was necessary to enhance the quality of education in these areas.

Access to healthcare services for ethnic minority people should also be improved. A strategy on malnutrition prevention and combating should be set up as well as the one on enhancing health and stature among ethnic minority youth.

Attention should be paid to strengthen human resource quality with a view to boosting the proportion of officials and employees who are from ethnic minority families in public administrative agencies./.