Quang Tri (VNA) – Border guards of the central province of Quang Tri on November 6 coordinated with Lao competent forces to arrest three men,  seizing 30,000 meth pills they were trafficking from Laos to Vietnam. 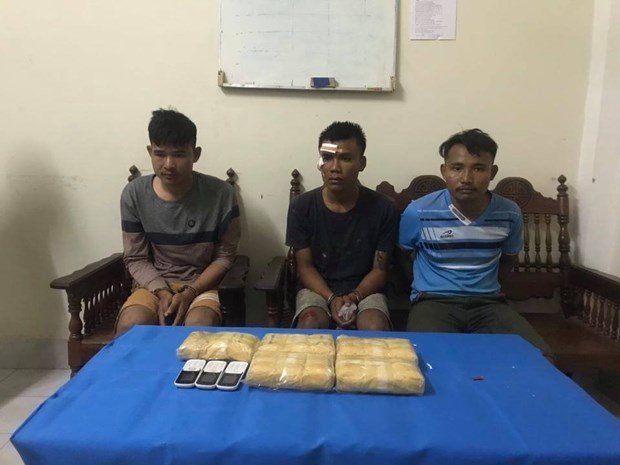 The men are from Xong Khon district in Laos’ Savannakhet province. Apart from the meth pills, the forces also seized two motorbikes, three mobile phones and some related documents.

The men confessed that they bought the drugs and smuggled them through the common border for selling.

The case, which happened in Savannakhet, is under investigation./.