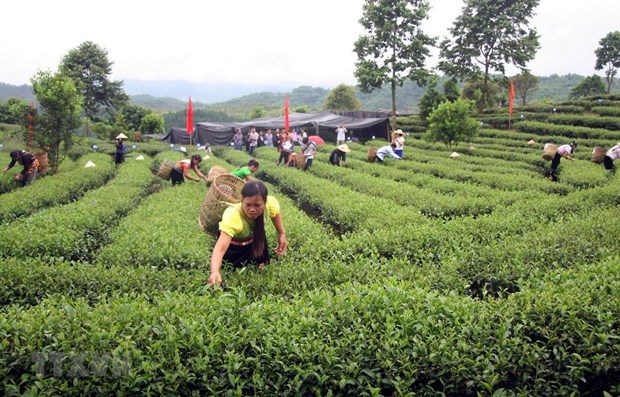 Illustrative image (Photo: VNA)
She made the statement at a conference in Hanoi on November 7 to announce the World Bank (WB)’s study on factors impacting socio-economic development in ethnic minority regions in Vietnam.

The legislator said policies on investment in ethnic and mountainous areas have produced remarkable outcomes, including a higher economic growth and improved essential infrastructure facilities such as roads, electricity, schools, clinics and irrigation.

However, she admitted that due to severe natural conditions, ethnic minority groups still find it hard to settle down their lives while their access to health care, education, insurance and information remains limited.

In order to meet development demand in the new period, the NA Vice Chairwoman said the Party and State have made ethnic affairs a basic, long-term, urgent strategic issue and the task of the entire Party, armed forces, people and political system.

In this context, the research outcomes of the study commissioned by the WB and partners, especially those regarding infrastructure, economic and market connectivity, employment, education, health care, local governance capacity along with policy recommendations well served the concern of the Vietnamese NA, Phong said.

Expressing his impression of Vietnam’s poverty reduction to below 10 percent from nearly 60 percent, the WB Country Director in Vietnam Ousmane Dione said it is a good time now for the Vietnamese NA and Government to eye a new strategy to address newly arising challenges, and the new national target programme on ethnic minorities will provide a suitable foundation to deal with poverty reduction challenges in the final stage.

Participants at the event discussed driving forces of socio-economic development in ethnic minority regions, and got updated on poverty reduction, and human resources development there, among others./.