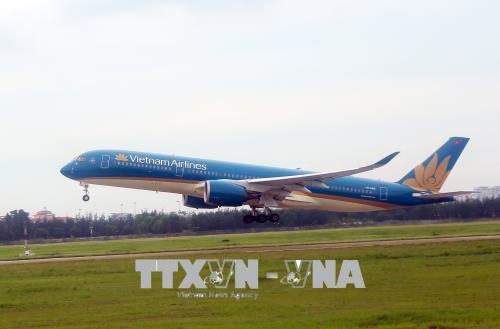 Flights to/from Pleiku will take off three hours earlier than the initial schedule, including VN1613 from Hanoi to Pleiku, and VN1427 from Pleiku to HCM City.

Other domestic flights of Vietnam Airlines and Jetstar Pacific may also be affected by the storm, which the is the sixth of its kind hitting the country so far this year.

Passengers of affected flights will be supported in line with regulations of the arilines.

For more information, passengers can visit the respective websites of Vietnam Airlines and Jetstar Pacific at www.vietnamairlines.com, and www.jetstar.com.vn. They should also visit the airlines’ Facebook page, call ticket offices nationwide or hotlines 1900 1100, and 1900 1550, respectively./.